Nothing makes me happier than to spend a day with archives and collections. I was exploring the Manuscripts and Archives Division of the New York Public Library this summer. (Thank you very much, Thomas Lannon and Tal Nadan.) Among other things, I went through some of the Francis J. Schneider records of marriages, who “was known as the ‘marrying parson’ for the nearly 20,000 marriages he performed from 1869 to 1906.”

Apparently he’d marry anyone, no questions asked, so I was looking to see who’d pop up, like an interracial marriage perhaps. I’ve only looked at a few volumes so far, but I saw that it was pretty rare for a man to marry someone older in those days, and maybe the only reason this guy did was because his profession (undertaker) may have made it harder to attract a spouse? But of course he could have been marrying for love! Notice how they have a space to list the profession for the man but not the woman. 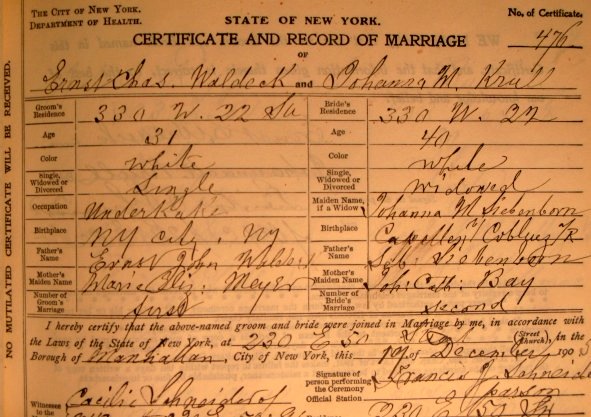 The shot below is of the diary of Elizabeth DeHart Bleecker, aka Mrs. Alexander L. McDonald, and the entries go from January 1, 1799 to January 11, 1806. There’s a description of the shooting and subsequent funeral of Alexander Hamilton. “Thursday, July 12th, A Fine day — General Hamilton is still alive, but no hope of his recovery … about 2 o’clock the great Hamilton died.” There’s more but I’m having a hard time with her handwriting (always a problem with these things).

(The collections at the New York Public Library are IMMENSE, you might start here. I always like to to look at the list of what they’ve recently added.) 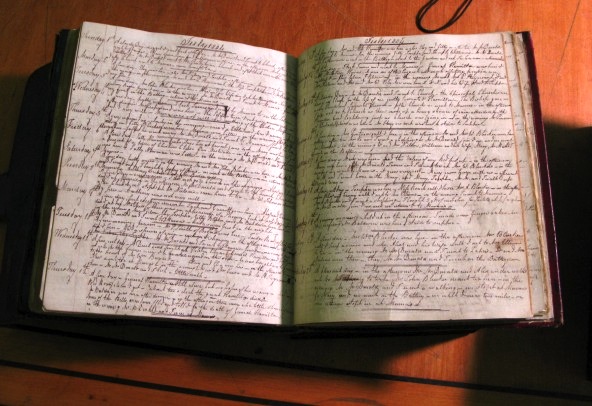 Hello Friday! Thanks for showing up!