None of my pictures adequately conveys how many people were here and are still out there as I type. I know because helicopters keep buzzing by. Also, for some reason my camera was set to the wrong setting when I shot movies so I had to trash all those.

But it was great to see the incredible diversity. I was tweeting about how many kids were there, alongside people who were carrying signs like, “I’ve been marching for 50 years.”

Note: I wish I had said this at the time, but I am not comfortable with the wording in this sign. I think biases exist but unfortunately, I think that they are often unconscious and people won’t be reached with this kind of rhetoric. That said, we will all be better off when all areas of power are populated by equal percentages of race, religion (including atheists and agnostics) and gender. 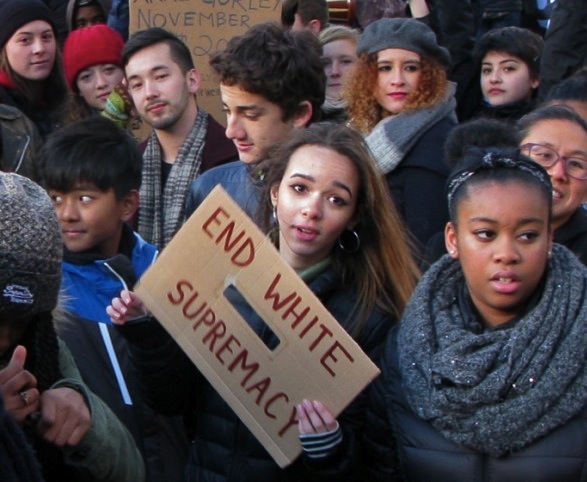 The march began in Washington Square. Here, people have assumed the “Hands up Don’t Shoot” position. For the record, I’m kinda tired of “This is what democracy looks like.” Also, democracy has a lot of looks. 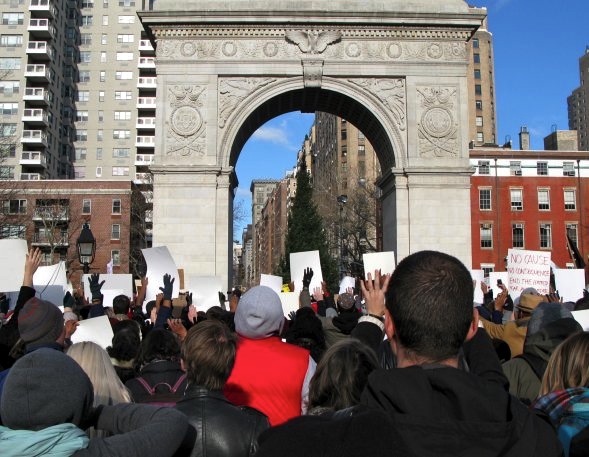 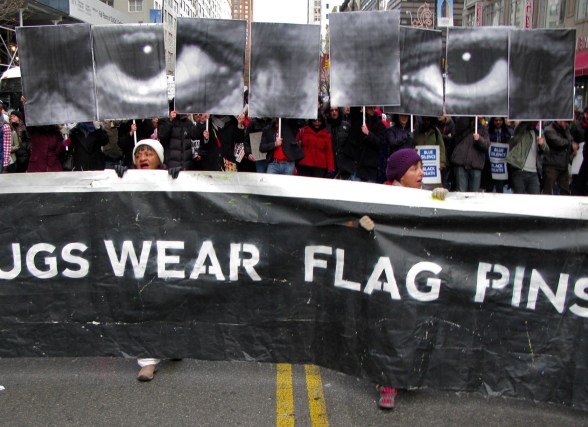 A sign of support in the window of the New School. 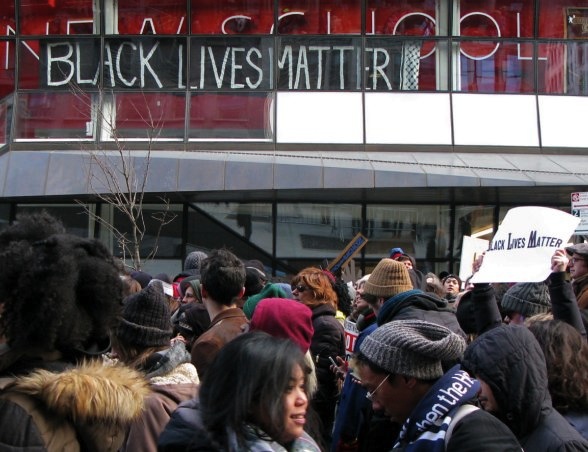 I also keep forgetting to change the setting of my camera when I’m trying to get action shots. 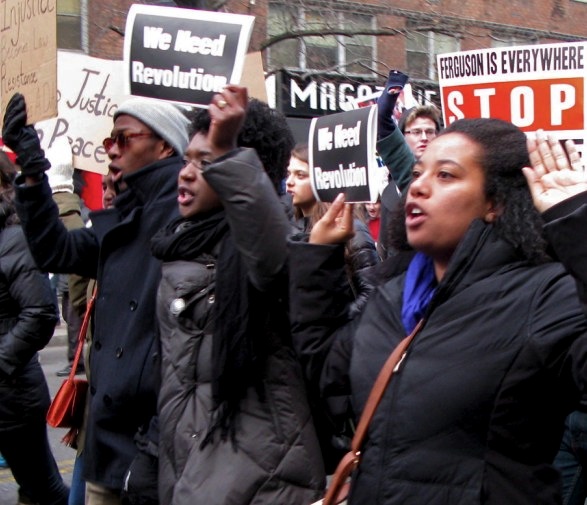 I often caught myself smiling and then I thought it wasn’t appropriate to smile, but I was so glad to see so much support. So I like her smile. Here’s to the people who are still out there. 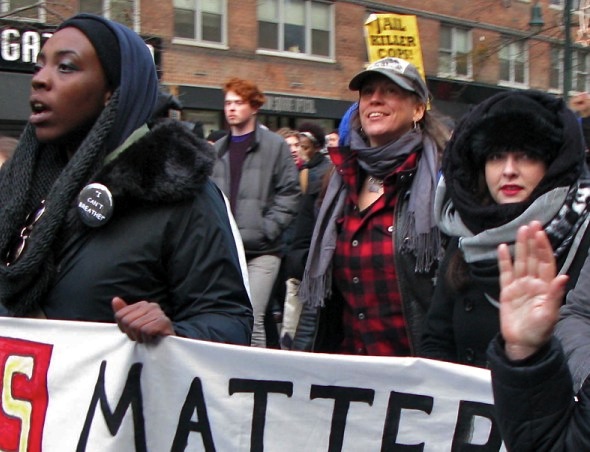