It’s one of the best things I’ve read in years: The Halfway Café. It’s a quick read so there’s no excuse not to give it a try. You must read it! I was very moved by it. I was actually moved to forgive someone who did terrible things to me, someone I’ve been trying to forgive for years. I was about to write him but then I realized he’s still a terrible person and I should forgive him in my heart but not re-establish contact.

Why I took a picture of a pay phone. Because 1, it just appeared out of the blue. I didn’t even know new pay phones were being installed anymore. And 2, it’s not new. Someone installed an old, unclean, used pay phone. It’s just odd. 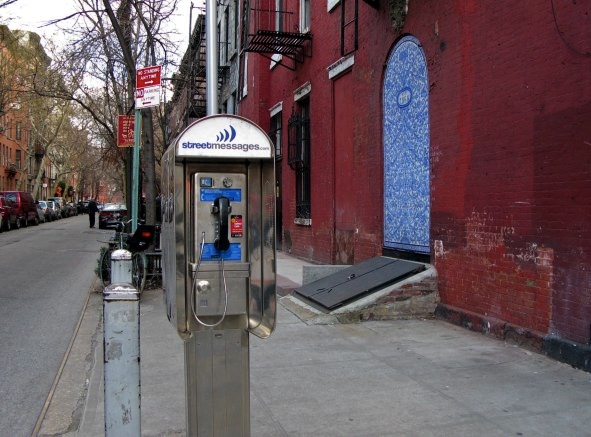 When Doubt Set In

Leonard Bernstein is an Acquired Taste, It Turns Out