This is from one of the last episodes of Newsroom. Don told Sloan that she never explained the subprime mortgage scandal in a way that most people could understand. Here is her attempt. Did Sorkin get it right? PS: Someone give Olivia Munn her own series.

Sloan: Banks wrote a ton of bad mortgages to people they knew were going to default. It’s called predatory lending. Then hid those bad mortgages inside good mortgages to shine up the books for S&P, which gave them triple-A ratings. Then they’d bundle the whole thing and sell the debt to Fannie Mae and Freddie Mac, which is owned by–

A Christmas tree behind the Jefferson Market Library (aka where Miranda and Steve got married in Sex and the City). 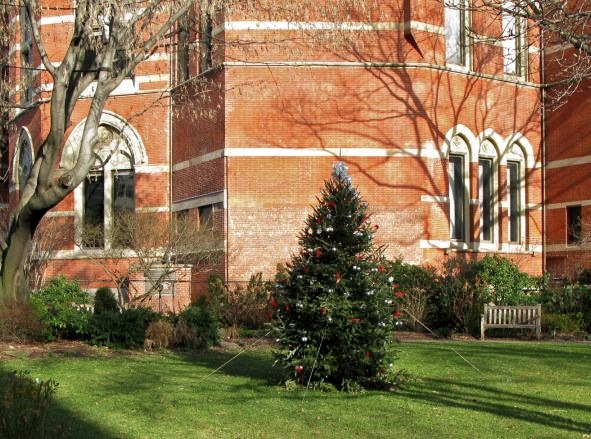 Are We Both Speaking English?

Why are there so many republicans?

2 thoughts on “People who understand financial things: Did Sorkin get this right?”