In the sixties, places all over the City were designated as fallout shelters and stocked with the items the Office of Civil Defense deemed crucial to survival. I found various lists of them at the Municipal Archives. I’m dying to spend a few days going to all the locations listed to see if anything is still being stored there and what shape it’s in. From one memo:

The medical kits included, among other things, Eugenol, (a toothache remedy) Kaolin and Pectin (diarrhea medicine) Penicillin and Phenobarbital. 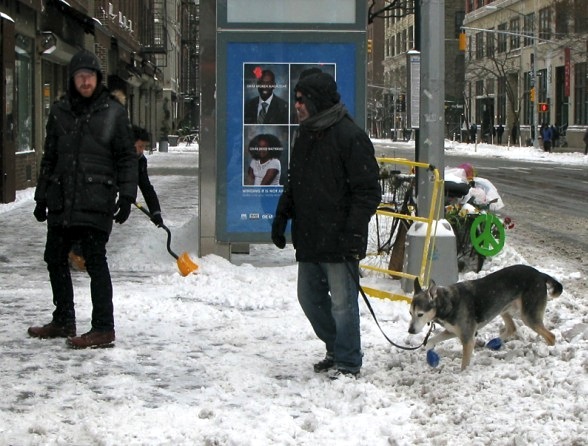 This is out in the hall right now!!

All Halloween All the Time