A guy in the West Village in full tyvek. This is what I wear when I’m working in the isolation ward at the ASPCA. But if he was in full PPE he’d also have booties covering his shoes, gloves, and the hood would be over his head. We don’t use the hooded version and we wear bonnets instead. Going even further he have on a face shield (but we don’t use those at the ASPCA except during surgery). 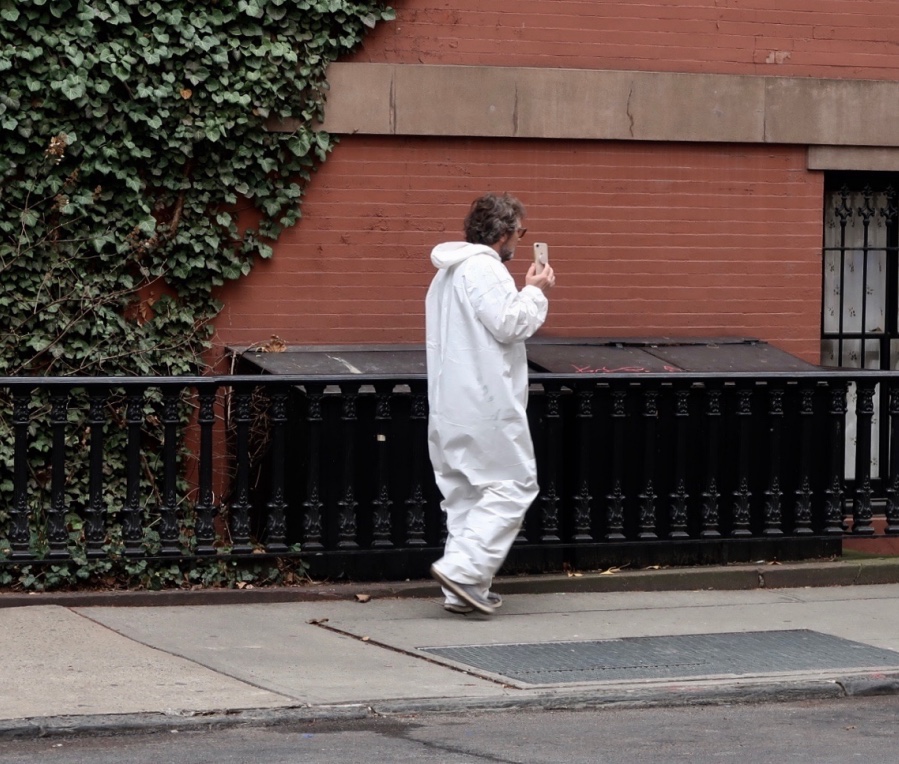 This was at the greenmarket at Union Square, a scene that drove Gov. Cuomo crazy. One, because it was open I guess, and two, because no one was following the six foot rule. The crowds were small but people were walking around as they usually would, and not staying apart. 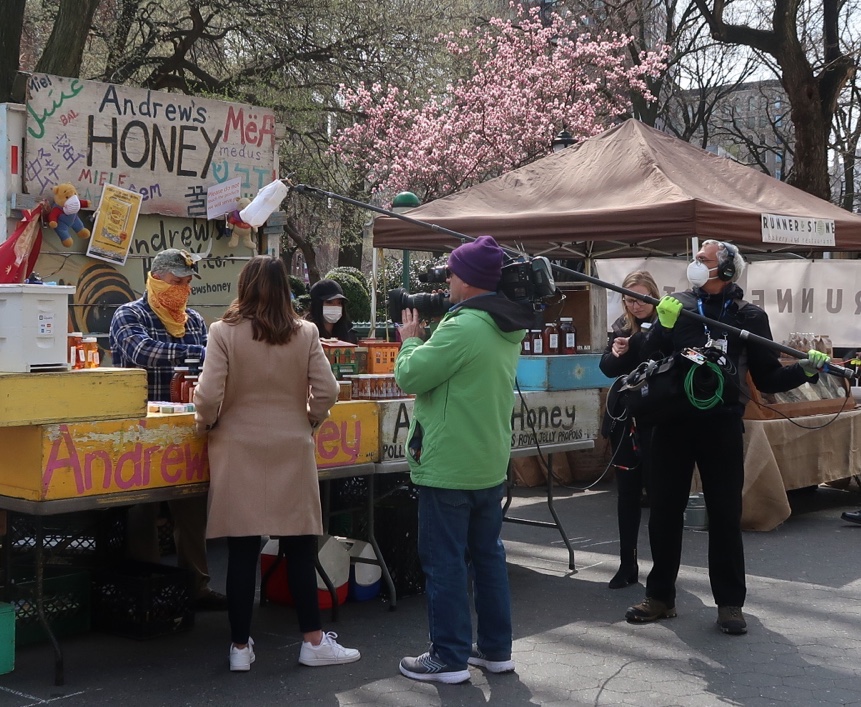 If You Wait Look Enough …

“A surgical instrument because it would heal you …”