Happily, I still come across a few people a day who are polite, and practice basic sidewalk etiquette, but for the vast majority it seems all bets are off. They park themselves in the middle of small Village sidewalks, instead of moving off to the side, making everyone squeeze around them, they walk two or three abreast when there’s no room for that (note: exceptions made for people with animals or children).

There’s one thing that some people do that is beyond the pale. You’ve got people going in two directions on the sidewalk. Sometimes, when you’ve got slow moving people in front of you you need to go around them, like passing a slow car. Except some people will do it whether they have an opening or not. If you don’t get out of their way they slam into you. I had two people slam into me yesterday. Insane. No apology, no nothing. I was already as far over as I could get without going into the street. I mean what is wrong with people like that? How is that okay? I can only guess that they must be having seriously terrible lives.

A bird eating a fish on Roosevelt Island. Poor fish. Doesn’t it look like the bird is eyeing me, thinking, “Don’t try anything. You’re not getting any of this fish.” 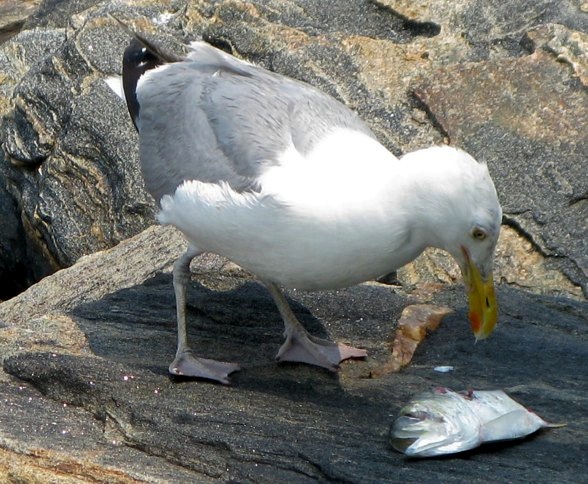 Promoting Waiting For My Cats to Die ebook Edition

So You Think You Can Dance