I was already behind because I had to miss a bunch of days the first week of the Lap Swim Contest. Then, on Thursday, I stubbed my toe on my way into the pool. Could there be a more undignified injury? It swelled up immediately, hurt like hell, and so I went to one of those urgent care places. It’s not even broken but the doctor said no swimming for a week. It does hurt pretty badly, I must admit.

But that’s it for me for this contest, I think. The contest is to see who swims the most laps between July 6th and August 7th. I don’t see how I can win now. While I sit home night after night, everyone is swimming and racking up miles.

Well, I can still swim 25 miles and get to go to the party at the end of the summer. It’s going to bug me to not get a trophy though. OH! I did get an indirect compliment. The people who work at the pool had to call in an “incident report” and I overheard the conversation. At one point the person said, “She’s one of our top three swimmers.” I felt very proud.

People walking on the Highline. 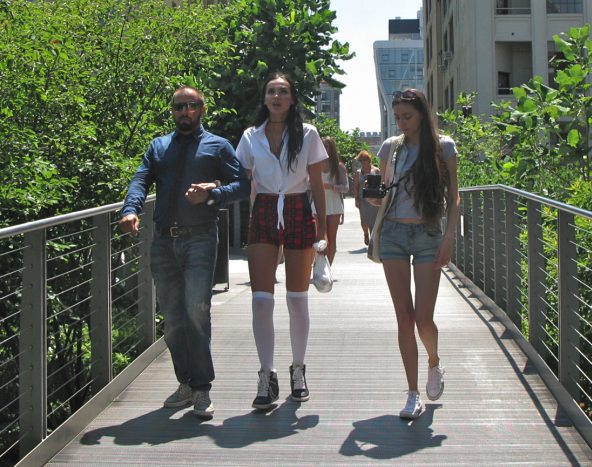 How to Write Effective Email: Tip 1B

2 thoughts on “I May Have Already Lost the Lap Swim Contest!”