“What would really stop a bad guy with a gun is the bite of a cobra. We need a live cobra for every student in every school.”

That was tweeted by my friend Sandra Newman, author the recently released novel The Country of Ice Cream Star. Says it all for me.

Passing through Union Square on my way to choir practice. That’s the Grace Church Spire in the background, above the sign. I was going to say “above the sign held by the crazy religious person,” but I thought that might seem intolerant. That sign is the height of intolerance though. So much of religion reads that way to those of us who don’t think there’s a god (I’m agnostic, leaning towards atheism). I’m not anti-religion. Live your life however you want as long as your beliefs don’t infringe on the civil rights of others. Also, for the record, I support his right to hold up that sign. And my right to comment on it. 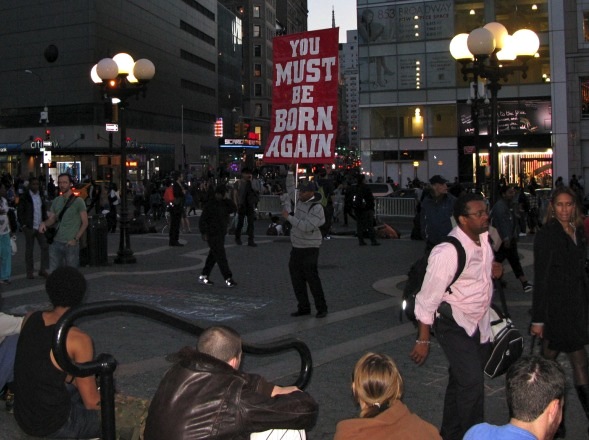 2 thoughts on “A Gun Control Suggestion”