I am 59. The exact same age as Carrie Fisher. I bring this up because I was at a party the other night where they played a PBS piece I appeared in. It was shown on a hi-def TV that is a lot better than mine and I saw for the first time that I looked awful! My face was shiny, and I have huge pores. I had no idea. I went to Sephora the very next day.

I ended up buying Smashbox Photo Finish Foundation Primer. It says pore minimizing right there on the box. The salesperson assured me it would address both problems, so, we shall see.

Which brings me to my Carrie Fisher story.

I took a film class at the New School many, many years ago. We’d watch a film and afterwards the professor would bring out someone from the film and interview them. One week it was Carrie Fisher. She said something I never forgot. It wasn’t just that the point she made was what I needed to hear at the time, it was the fact that she was joking about it. She was talking about therapy, and she was saying it was great and all, and she was learning about all her problems, but, “Awareness does not necessarily lead to change. Now I get to watch in horror as I make the same mistakes again and again and again.”

I happened to also be in therapy, experiencing the same thing. I was learning about how fucked up I was, but I was only getting the teeniest bit less fucked-up. What else is there to do but laugh about it?

Now Carrie Fisher is getting all this crap about aging, and she’s joking about how her younger self was busy partying to make sure she would look like shit now. I don’t happen to think she looks like shit, but the point is, why do we fucking have to care so much? I’d rather be the kind of person laughing about it rather than the person obsessing about it. Says the person who ran to Sephora for the pore minimizer.

Anyway, Carrie Fisher is in the category of national treasure. Of course, there is a very dark downside to all that partying which Carrie Fisher is more than aware of, buy you gotta laugh about that too. (I also partied too much and paid for it. Oh God, yeah, I’m still paying for it.)

Is this not one of the most serene, relaxing views ever? That’s Northport, Long Island, from my brother’s front lawn. He has a nice little table set up, over-looking the water and with this lovely view in the distance. Wouldn’t you love to sit here in the mornings with a nice cup of coffee? 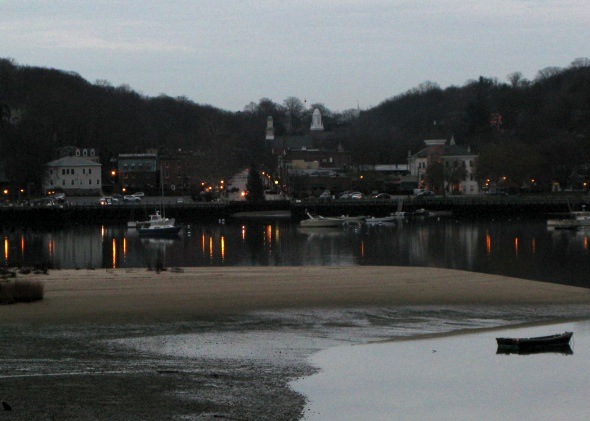 4 thoughts on “Carrie Fisher and Good God, I Got Old!”