I was talking to my cat Finney yesterday, it was the usual babble: “Who’s the most beautiful cat in the whole wide world, who is the cutest, who is? Who’s a beautiful boy??”

AND, Siri was somehow activated on my phone, I don’t know how, I never use Siri and I’m not entirely sure how to activate her. Anyway, she was on and she attempted to answer the burning question: “Who is the most beautiful cat in the whole wide world?”

I wish I had saved her answer but she was basically telling me it’s okay to be gay. Something about it being beautiful and okay in her realm. It was quite sweet. So Finney, if you’re gay, it’s cool with Siri and me and the realm. Also, you’re the most beautiful cat in the whole wide world, tied with Bleeck.

Speaking of beautiful, the baritone who is going to be singing Elijah for our Spring concert, Philip Cutlip! Actually, come to think of it, we always have such hot men singing this part. Hmmmm. But this guy, not only does he have an insanely amazing voice, but he can act. For the first time I truly felt the horror of this one part we sing about (murdering a bunch of prophets). Come hear and see the beauty and horror! 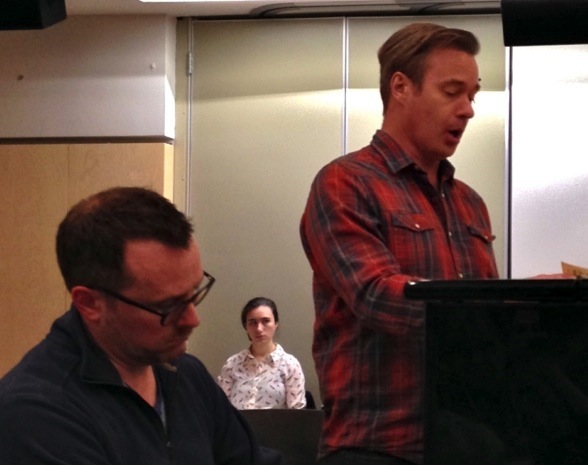 Who doesn’t love an advent calendar?