I passed by the group pictured below on Saturday, on my way to the America’s Cup race. I asked someone what they had gathered for, it was very Russian-centric and clearly had something to do with WWII, but I couldn’t understand her answer. I was also terrified that I would reveal some gross lack of knowledge. (I googled it when I got home and decided it must have had to do with VE Day and Germany’s surrender.)

Whenever someone posts a video on Facebook where they ask people something very obvious, like the one I just watched asking people about WWII coincidentally, I feel pity for the people who don’t know anything. One person had never heard of WWII, another had never heard of Hitler, another couldn’t name the countries we were fighting against.

First, I panic when I’m put on the spot about what I know. My mind goes blank. Second, I’ve forgotten a lot of what I once knew. Third, I can’t think of a third. Oh. Third, I’m not very educated to begin with, except in areas that coincide with my various obsessions.

My big fear is someone is going to shove a camera in my face and ask me to name a supreme court justice and the only names I will be able to come up with, if any, will be the conservative judges.

So I sympathize with the people being questioned in the video, and not the know-it-alls interviewing them. Except, I don’t like that the people being interviewed don’t seem to care. I think people should be educated and informed, and if I learned for the first time that there was something called World War II that was bigger and deadlier than any other war and involved nuclear bombs being dropped, genocide, and fucking so on, I’d be shocked to the core. I wouldn’t be standing there going, “Nope, never heard of it, hahaha.” Except maybe that was just a defensive response. 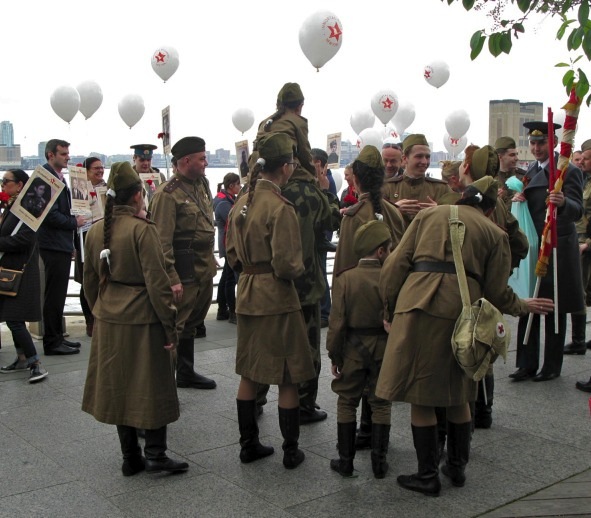 Beachfront Property on the Hudson

I Have a Cold!

Apartment for Rent on the Corner

7 thoughts on “WWII and I Don’t Know Anything”