I’ve just started working on the final section of my book, which will be about the Penitentiary on Blackwell’s Island. At first, I wasn’t all that into this section, I’m not a crime buff. But in the course of my research I’ve come across so many interesting stories to tell about what happened in the Penitentiary that now my problem is going to be narrowing it down to just a few.

A lot of famous people ended up in the Penitentiary, and I was going to cover them, but as I posted before, now I’m thinking I should mention them, but I should instead focus on the stories people haven’t heard. The problem with that is, fewer materials have survived. When someone well known gets into trouble not only is more written about it, those materials are saved and preserved. When it’s some poor schlub, they barely get a mention and those materials tend to get thrown away. It’s going to be a lot harder to uncover their stories.

But I love a challenge.

I keep the cat carrier out so the cats aren’t afraid at the sight of it. Bleecker likes to sleep in it because it sits right near one of Finney’s favorite sleeping spots. 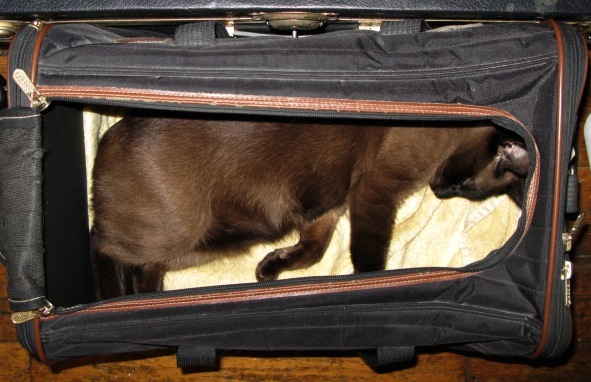 I’ll be glued to the Olympics for the duration. But it’s just so frustrating how limited the coverage is here. All the focus is on the American athletes, which I understand, but in some cases they don’t even show the others. It’s insane. I wanted to see the Japanese gymnasts for instance, and all we got was a few seconds of Kohei Uchimura falling. Fucking insane.

Basically, I’m rooting for everyone. Everyone has worked hard, everyone wants to win, so let the best people win, whoever they are, wherever they come from.

I saw these taped to a door in my neighborhood. I think I’ve passed these by about a half a million times and I always thought they were construction notices. It’s the Constitution. It’s funny how they taped a fresh one up, but left the old and tattered one still there. 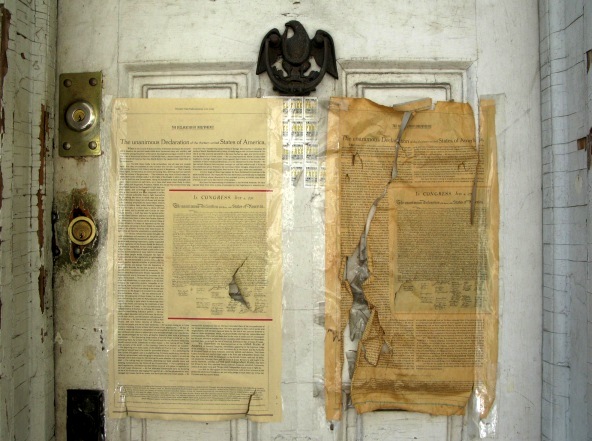 I came in third. Out of THREE. Only three people were competing in my division! Ha. That said, I gave it my all, and even though I would have come in third no matter what I swam, I managed to swim 35 miles which is better than I did last year. So, it’s still an accomplishment! Yay me! Third place!! Woohoo!

A young man playing piano at the corner of Bleecker and Christopher. That southeast corner is depressing. Nothing has been in that storefront for many years, and that scaffolding has been up for years as well. I think I have a picture of that corner on this blog somewhere, taken years ago. I would like to try to find it to compare. 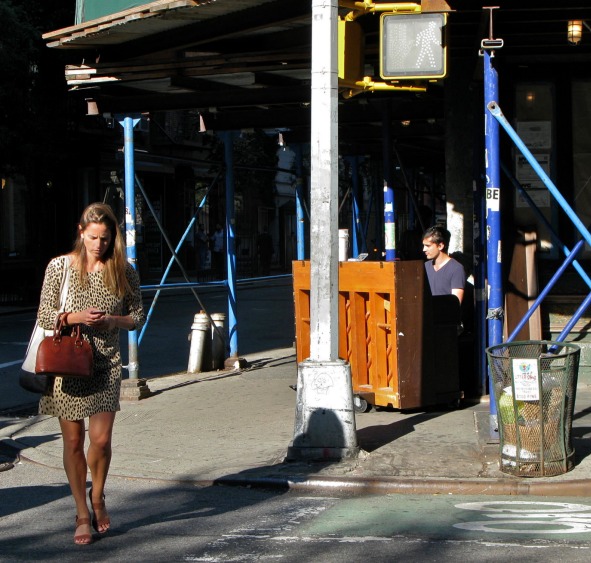 I signed up to sing with the choir at the Mostly Mozart festival premiere of David Lang’s The Public Domain. Our performance is Saturday, August 13, at 5pm. GO. If you are in New York.

At the first rehearsals, I didn’t quite get it, or fall in love with the piece. The way it’s composed, it’s going to be five groups of around two hundred singers. Within each of those groups are five subgroups. Each group of two hundred singers rehearses alone, so until it’s all put together, it’s hard to get a sense of it. It’s like being one instrument section in a symphony rehearsing without the other sections. Kinda.

There’s also choreography (Annie-B Parson is the choreographer). Last night we put the piece together as it’s going to happen with our one group and our five subgroups. I could see for the first time what this was going to look and sound like when everyone is together.

It’s going to be insane, and, I’m pretty sure, great. If nothing else you will see something you’ve never seen before and it should be quite a spectacle. It’s both art and theatre, and you can walk right into it. I highly recommend doing just that. I’m guessing it will be very freaky to be in the middle of something like this when you have no idea what is happening or will happen, but go for it. I’m doing it because it’s one of those once-in-a-lifetime experiences, and the audience can make it that for themselves too.

Here’s my suggestion. Get there before five and sit around the fountain. You’ll be right in the thick of it.

We’re being conducted by Simon Halsey, Choral Director of the London Symphony Orchestra, and I stupidly didn’t think to take pictures until the end of the night (that’s him in the picture below). I will be sure to take pictures next week, when we join with another group of 200 singers to put together the piece again. This time it should be even closer to what will happen on Saturday. 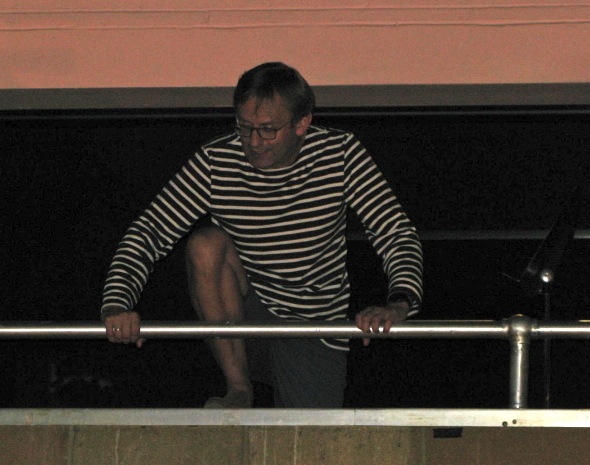