I’m afraid this blog is going to become all Finney all the time, but I thought they were doing a biopsy to test for cancer, but it turns out they were doing another test (still waiting to hear what that test even was). Now I’m waiting for a call from the vet to schedule a biopsy.

I keep planning to do a series of people bring rude. Except, I’m not Miss Perfect and I don’t think it’s a good idea to nurture my anger about this issue (common courtesy going out the window). But last night I took a picture of a woman walking in the bike lane, who didn’t even move aside an inch for the guy on the bike. I have to admit, it felt good to document it. But for the reasons I already mentioned I think I’ll call this one shot getting it out of my system and try to move on! 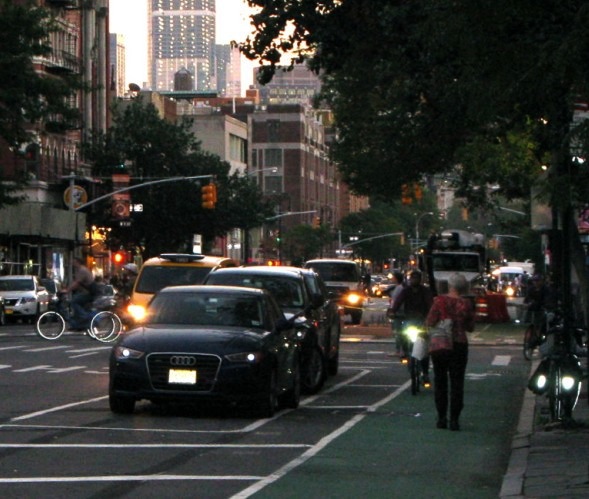 A Night at the Chorale

4 thoughts on “All Finney All the Time”