I went to Tiffany’s last week to get a pair of earrings repaired. I bought them in the 1980s, when I worked there as a holiday temp. They are the smallest of the Elsa Peretti mesh earrings, in silver not gold. They were reasonably priced at the time, especially with my employee discount, but I wouldn’t be able to afford them now. I feel like a wealthy woman owning them!

Tiffany’s is next door to Von Clownstick Tower (backstory: I still cannot bring myself to say the name). To enter Tiffany’s via the front door you are funneled into one of two lines, the other going into whatshisname’s. I avoided the spectacle by going in the side door, but then coming home I was mad at having going to go around the long way, so I went through the other line, where I had to get my bag checked. After he looked inside my backpack, the officer said, “Enjoy Von Clownstick Tower!” He said the name of course, and he was so nice I didn’t have the heart to say, “I’m just taking the most direct route to the subway, I would never, ever in a million years enjoy Von Clownstick Tower.” 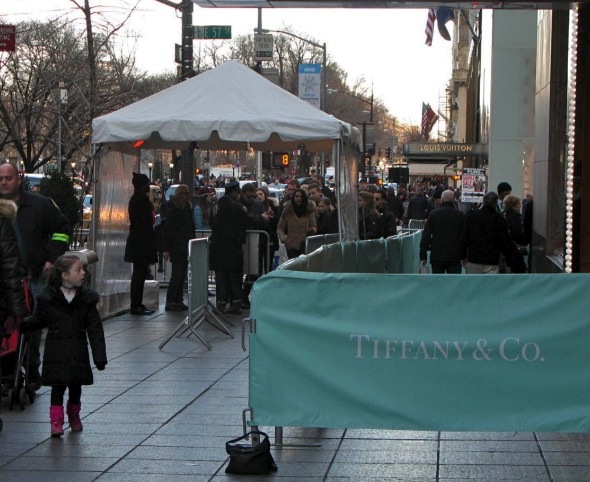 There is always a crowd of people and news vans across the street now, staring and taking selfies. I still haven’t accepted that this is really and truly happening. It’s a nightmare from which we will all be awakened or rescued. I’ll be marching on January 21st. 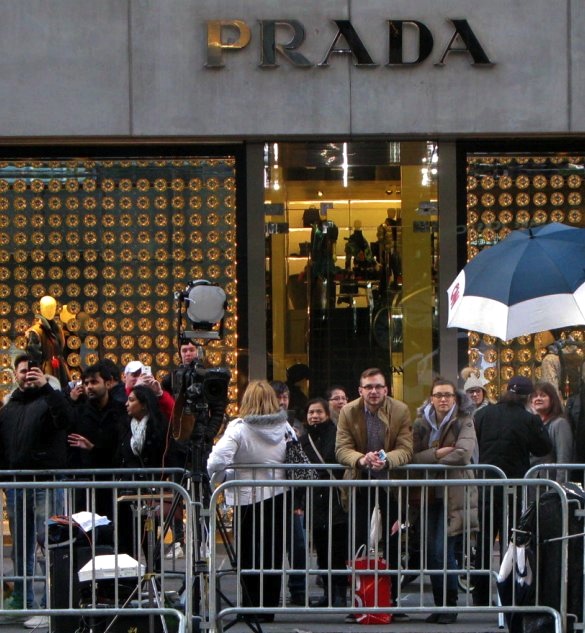 Back to the Library

5 thoughts on “Going Back to Tiffany’s”