They only sit still for seconds at a time, and for the rest they are ping-ping-ping ricochet rabbiting all around the apartment, knocking over the fan, their water bowl, and the litterbox. It’s impossible to get a decent shot, especially with a phone camera. Or with this phone camera, I should say. They also take turns panting, which in this case is probably just from excitement. They were in a cage half the size of the one from the Nursery, and of course they were used to having the run of my apartment. They must be besides themselves being able to race around at will like they are now.

Their relationship with Bleecker seems fine, no regression. But I took Bleecker to get his nails trimmed just now. The kittens had their nails trimmed and I wanted to level the playing field.

I think it’s a given that I will not be getting any sleep tonight.

Update: Added another shot below. 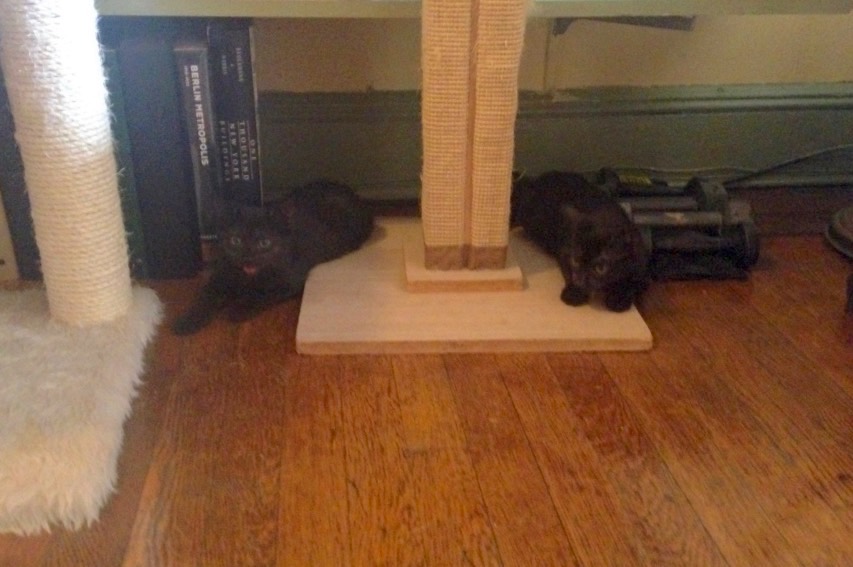 This shot makes me happy because they are settling into favorite spots they’d selected before. Bali always loved to sit in that bowl on the shelf. 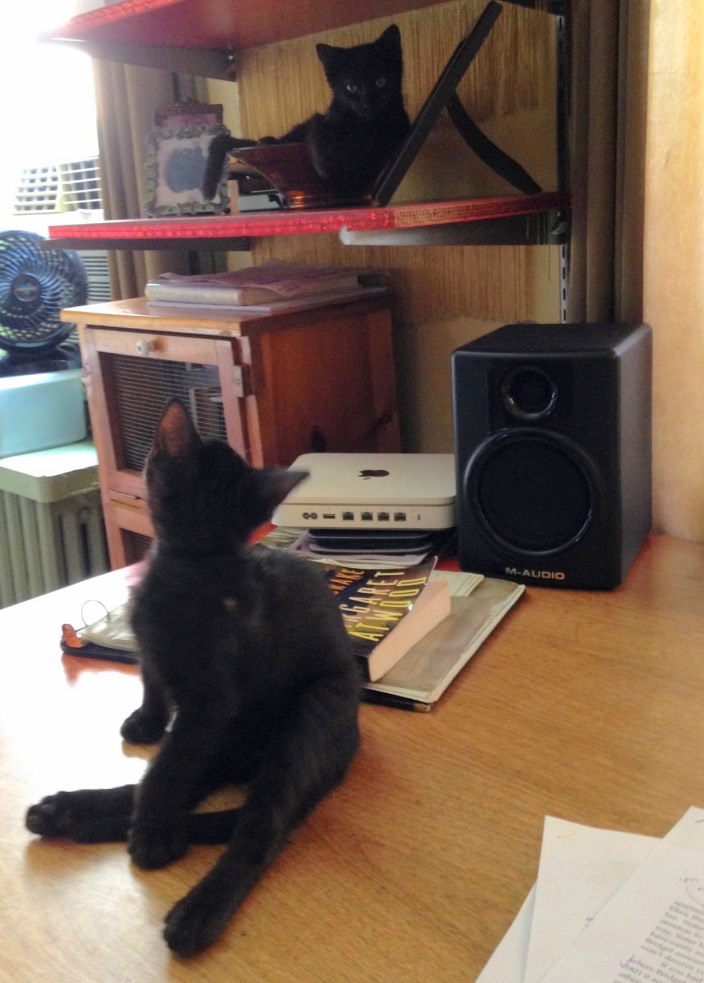 Tomorrow is my Pub Date!

4 thoughts on “Bodhi and Bali are Home”