Someone mentioned how big the kittens were, and to me they are still tiny-ish. Here is Bali next to Bleecker. He’s like, what? A third of him? And look at that beautiful long tail on Bali!

It still makes me so happy that they get along. Mostly. Bleecker tires of them quickly. My main concern was that Bleecker was going to bully them. But it’s the other way around! Payback Bleecker, for picking on Finney all those years. They don’t bully him, they just want to play all the time and it’s just too much, and too annoying, for Bleeck.

One of the bunnies they’re supposed to be biting instead of me is in the upper left hand corner. They love the bunnies, but they aren’t really working as a substitute for biting me. I’ve just given them a new biting object. To which they say, “Thank you very much. We just found a place on your arm we haven’t bitten yet.” 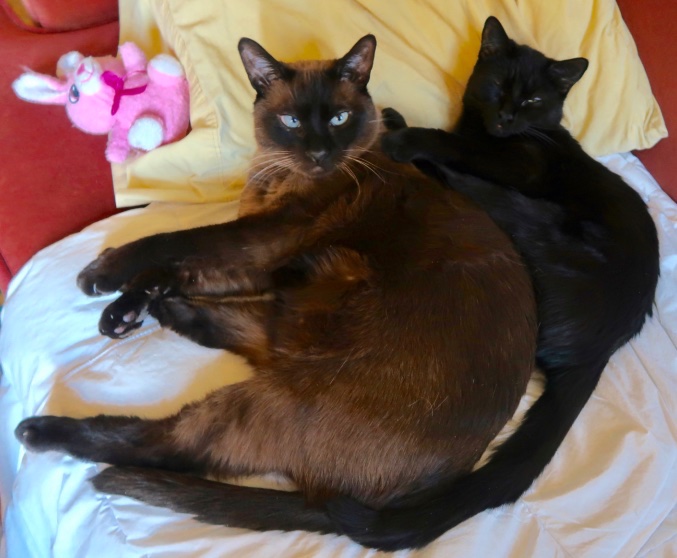