I was on The Colin McEnroe Show today talking about Trump’s suggestion about bringing back asylums.  It’s a vitally important issue to discuss, and the guests on the show made some very key points.  They were great.

I’m sorry that I didn’t make one particular point, I started to but I must have lost my train of thought. It all comes down to money. When we talk about asylums we’re talking about the poor and middle class. The rich have their own, private mental health facilities. The problem is it’s expensive to do this well. If you don’t spend what’s needed, and that’s a lot, you will have a repeat of what we had in the 19th century. And given the current political climate I don’t see a lot of money going into a public healthcare program.

I never found pictures of the inside of the Lunatic Asylum on Blackwell’s Island, nor could I find pictures of the buildings known as the Madhouse, the Lodge and the Retreat. But in the corner of one very idealized drawing of the Lunatic Asylum I found what I believe was a drawing of the Madhouse. (Quick backstory: I just wrote a book about Blackwell’s called Damnation Island: Poor, Sick, Mad, & Criminal in 19th-Century New York. It comes out on May 15.) 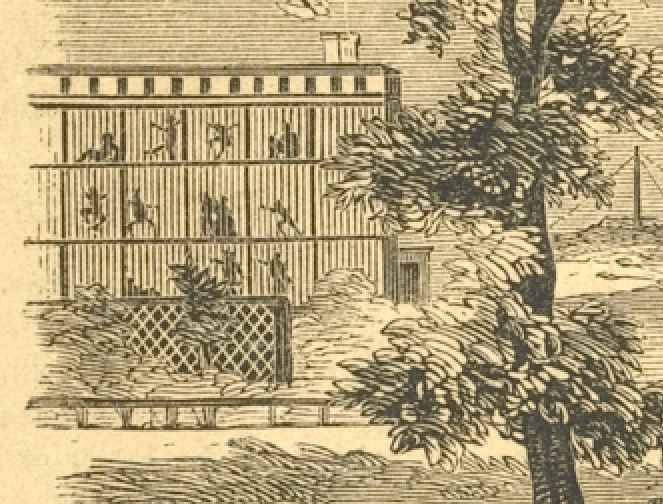 Here is a pulled back view of the drawing. The building I believe is the Madhouse is on the left. 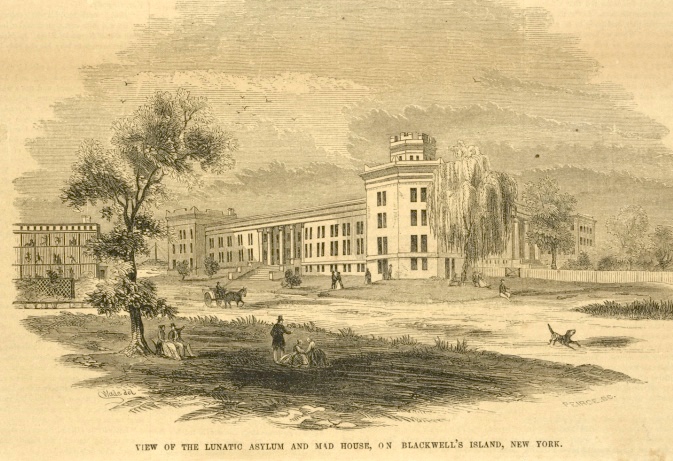 I’m Nervous, I Admit It