I know it seems like it’s all-new-book-all-the-time around here lately. But if I haven’t posted already, you really only have about a month to sell your book. It either takes off or it doesn’t, or it continues to sell modestly, but steadily like my book Imperfect Harmony. Aside from that, or a later stroke of luck, it’s over if it doesn’t take off within a month. A month.

Then I have one on June 6, a talk with New York Times reporter Ginia Bellafante, at the New York Public Library. 6:30pm, Mid-Manhattan branch. Reasons I’m terrified about this one: Ginia Bellafante is very smart and a great writer. If any of her questions have the term “post-modern” in them I’m going to have a panic attack.

The boys. It’s all about getting close to Bleecker, who mostly tolerates them, which is a lot given how completely annoying they can be. They’re always grabbing at his face, biting his tail, some pain in the ass thing. Complete and total jerks, really. 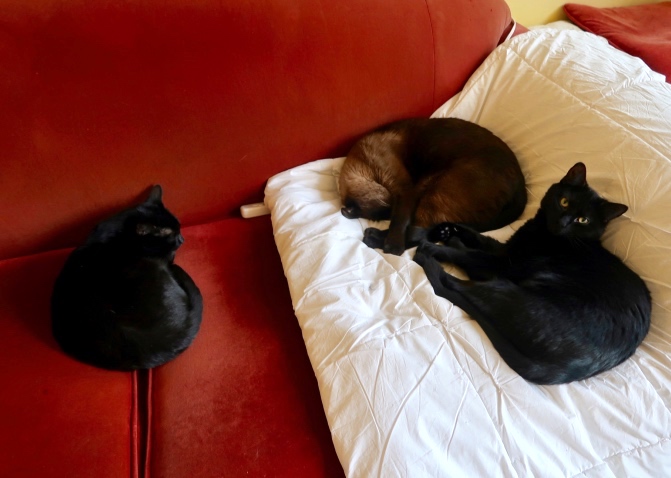 A Lovely way to spend Sunday afternoon on October 16.