A picture of the pier at Christopher Street near where I live went viral on Saturday. It showed people packed together, and not wearing masks. So I went down there yesterday to see for myself. I had gone for a walk on Saturday past the lawns around Battery Park City, and it was packed there as well, but the groups managed to keep six feet apart from each other.

I think part of what was going on in the Christopher Street picture was it was looking down the pier lengthwise, which doesn’t show the space between people. It squooshes the distance and makes it look like people are on top of each other. But viewed from the side you can see how far apart people were sitting.

When I went down there yesterday people were sitting at least six feet apart. But part of that might have been because there was a greater police presence due to the picture having gone viral. (Scroll down for more pictures.) 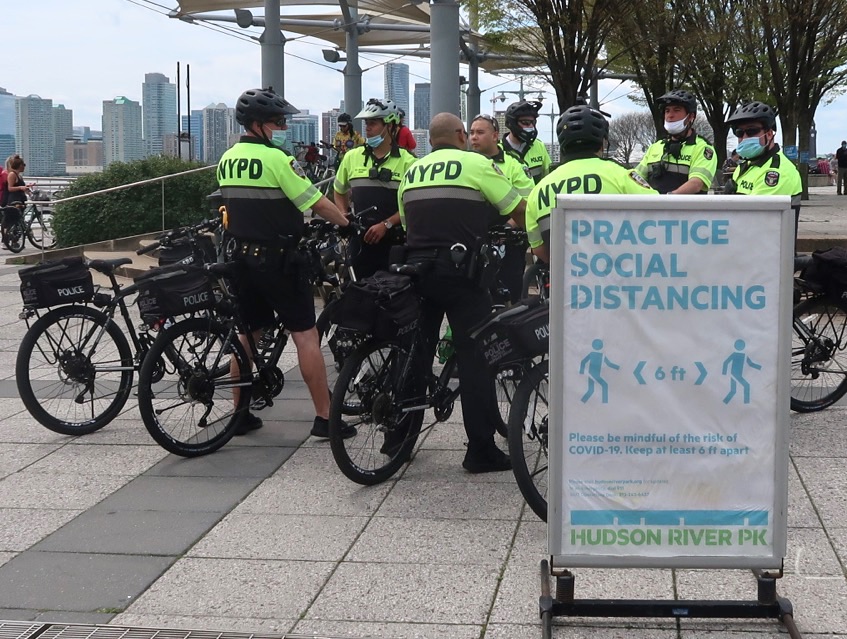 I didn’t take a picture of the long view, to show how crowded it can appear, but here is the side view. 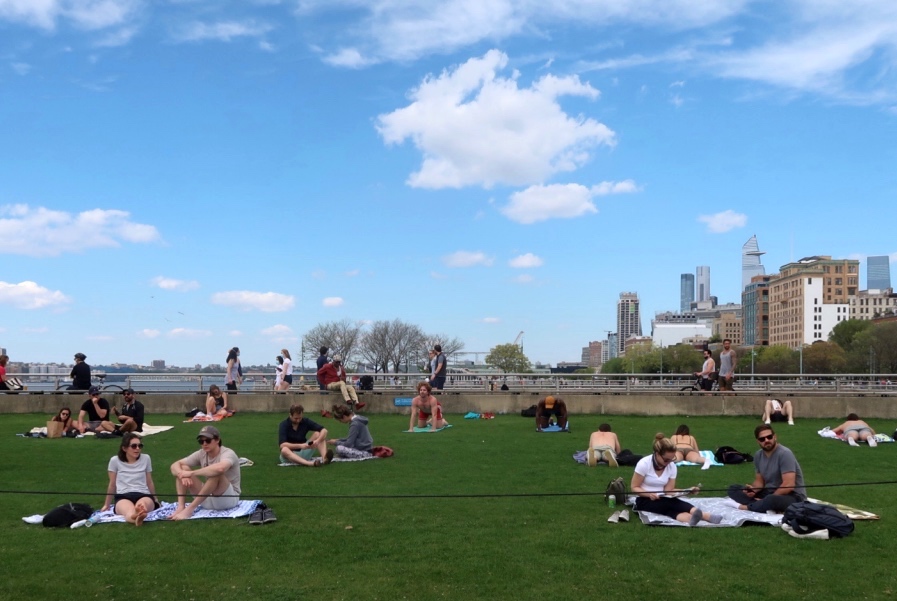 I also saw the police walking through the crowd giving out masks. Here’s another thing I witnessed: some people said no thank you to a mask, because they already had one. They had just taken them off when they sat down. I might have done the same thing had I decided to take a break on the grass. So while it might look like all these people are going around with masks, that’s not entirely accurate. 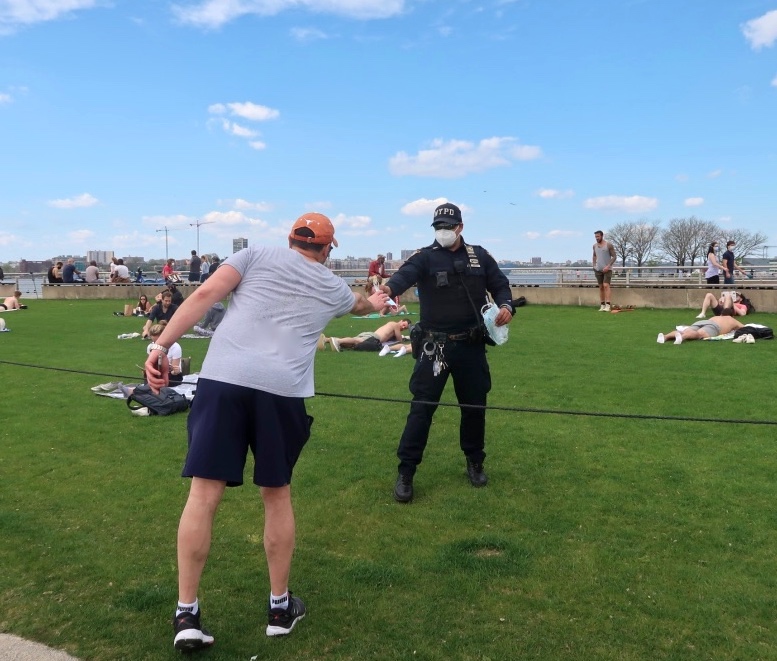 Another shot of giving out masks. I almost asked for one, because free stuff!! 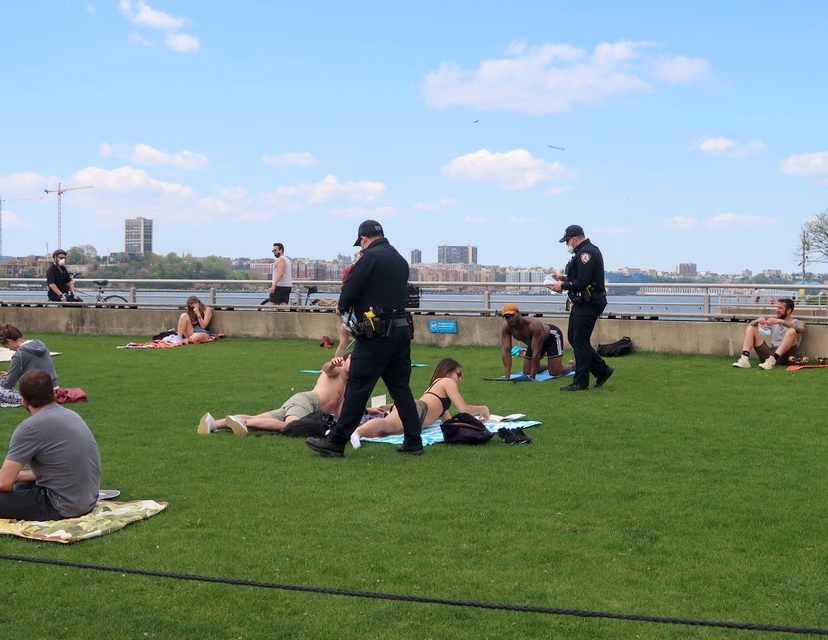 Who applies for these jobs??

The Youngest Librarian at Special Collections