I recently watched a documentary about J. D. Salinger, which made me curious about his ex-wife, Sylvia Louise Welter. They met and married in Germany in 1945, and J. D. divorced her two years later, supposedly because of something to do with her Nazi connections.

Given how easily Salinger cut off the women in his life, and with very little cause, I can’t accept on faith whatever Salinger might have said about her. Maybe it’s true, but maybe it’s not. Maybe the truth is complicated. I did find that she stayed in America and later married a man named Beecher Bancroft Cary, who died in 1988. She was his second wife. Beecher’s first wife died young. Sylvia herself died relatively recently, in 2007. I could have reached out to her if I had only know back then! (I plan to post about this topic, about interviewing certain people before it’s too late.). I tracked down relatives from her husband’s family, but I haven’t contacted them. My only reason would be to satisfy my curiosity. Okay, I just tried. But they have taken took down the family tree page where I found them on Ancestry.com and closed their account. Probably because of tons of people like myself.

Anyway, what I loved, what I always love, is how much you can find online. Because of the pandemic, certain databases are accessible to me from home and I was able to download the record of their marriage, for instance. And Beecher’s high school yearbook picture. “Handsome is as handsome does.” He was quite handsome. 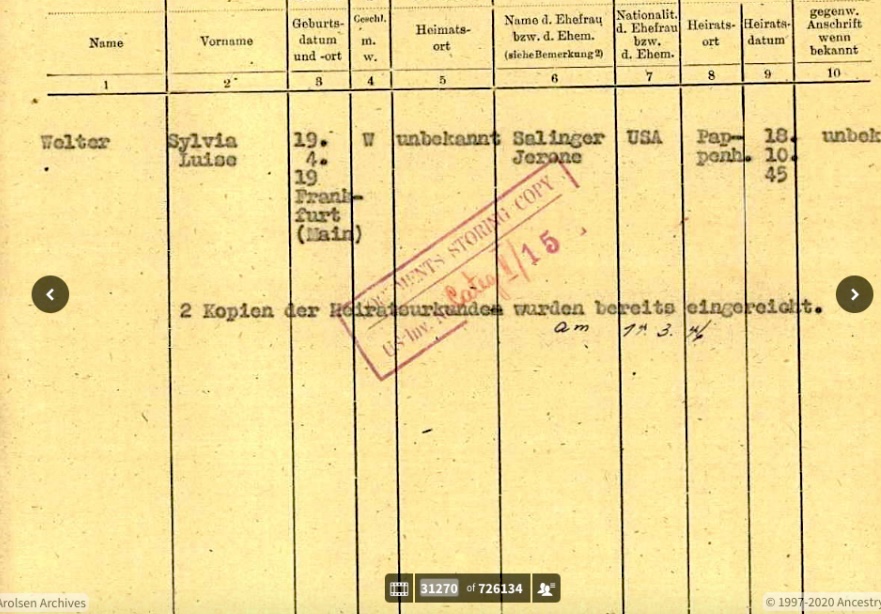