To those drawn to the stories of New York’s past, you might like a Gotham Center for New York History podcast series that I participated in: Lost New York. I talk about Blackwell’s Island, (what Roosevelt Island was called in the 19th century) when it was the home of the city’s Lunatic Asylum and other institutions..

A “dark cell,” pictured below, was the name for solitary confinement back then. Cells for solitary were not only used in the prisons on Blackwell’s Island, but also in the Lunatic Asylum. This is one of the things I talk about, but there is a great line-up of speakers in this series, all worth listening to!

The picture after that is of a device called a crib. Some patients at the Lunatic Asylum were locked down in them at night. Dr. Edward C. Spitzka, a noted neurologist at the time, described how, “An excitable person will squirm in it like a squirrel.” 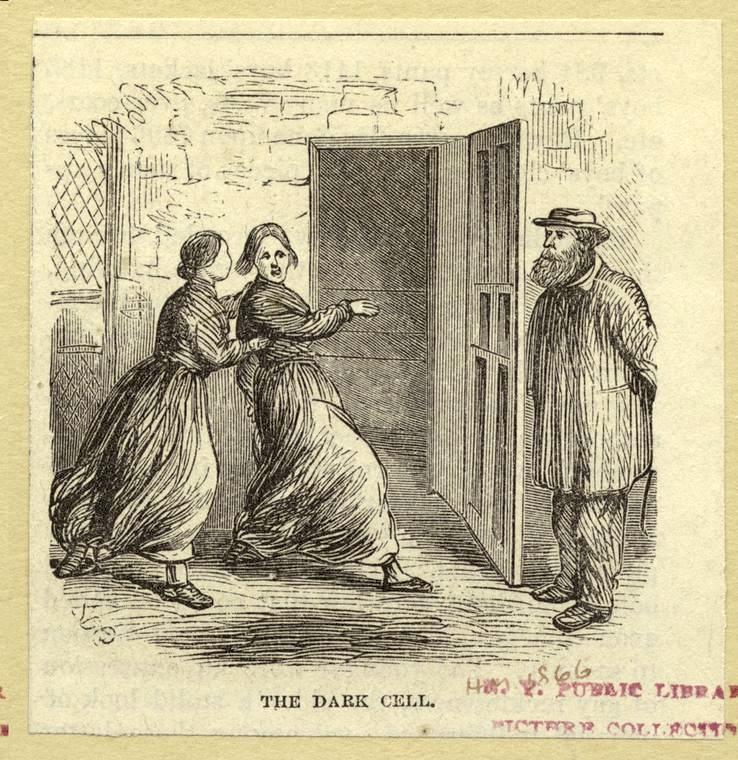 I Could Have Use a Marathon Today