I did the Ancestry.com DNA test and disappeared for a couple of days after the results came back. I’m sure I’ll be disappearing many more days in the future, it’s just so much fun. I was able to clear up one mystery. My grandfather on my mother’s side was adopted, and I was pretty sure I’d found his birth parents but now I could confirm it based on the DNA matches that popped up! The weird thing is, I got the most matches on this line, the line I knew nothing about until now. I got the fewest matches on both my father’s parents line, none on his mother’s. Hmmm.

The one surprise was this. I thought I was going to be mostly Irish and mostly German, and I was half right.

A picture of my father from his Brooklyn Technical High School yearbook picture. Now I’m curious about Gerhard Hubbe. A quick search doesn’t turn up much. Is he the Gerhard Hubbe who went into forestry and moved to Oregon? And died in 2001? 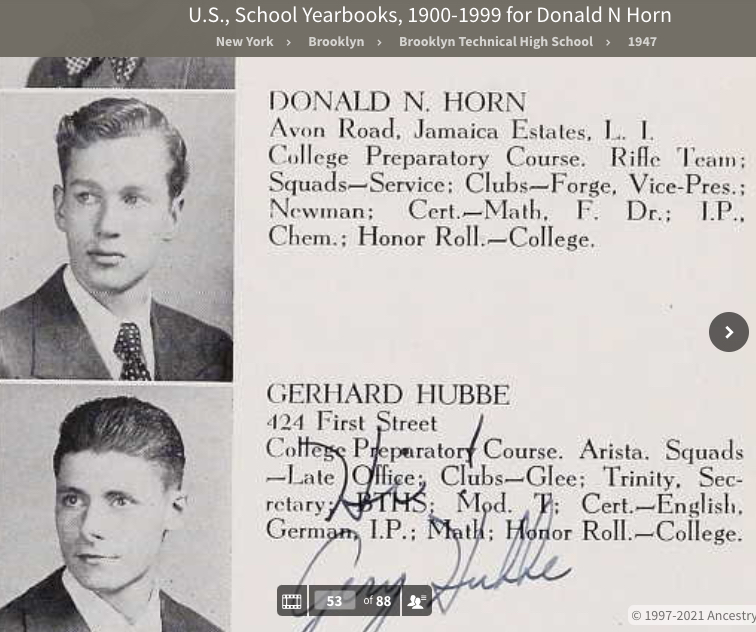 Filming in my Neighborhood

Review of our Concert at the Met

Shelf Cat is Going to the Vet. In THIS.

4 thoughts on “My DNA Results”