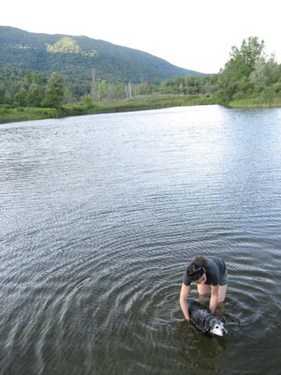 I am continually horrified by the amount of things I don’t know. I’m not talking about not being able to pass a basic physics test (something I couldn’t do) but things like “name ten presidents.” Again and again when they’re doing that thing they do on TV, where they ask a group of people some truly common knowledge type thing, something any child would know, invariably I don’t know the answer.

This happened last night while watching my recording of America’s Princess (a reality TV show where a bunch of girls compete to become a “princess”). They gave the girls a pop culture quiz and I couldn’t answer some of the questions. Yes, I do appreciate the irony here. Maybe I should stop watching shows like America’s Princess, but that isn’t going to happen. They are too much fun! Oh, and I’m probably using the word irony incorrectly.

I never know the answers on Jeopardy. Okay, I do know some of them, but not as many as I should. I do worse on the new show Are You Smarter Than a Fifth Grader. Really worse. Horrifyingly worse.

The thing is, I read a lot. If something is interesting to me I make an effort to learn about it, and as it happens, pretty much everything is interesting to me. I am always looking up something. Seriously, always. If I meet someone who knows about something I don’t, I ask them about it. When channel surfing I stop on Nova and shows like it as much as reality TV. I’ve been absorbing information like this for I’m not saying how many years. Not as much as some people I know, it’s true. I have friends who just go at it harder than I do, and are extremely knowledgeable about a vast array of subjects. But I should at least be able to get through Are You Smarter Than a Fifth Grader and I can’t.

The only explanation I can think of is, I retain little. Sadly. For instance, I remember a couple of years ago I realized it was important to understand how our economy is tied to China, and how we’ve been borrowing and are now in a vulnerable position. I read up on it, asked questions, argued with my brother Douglas about it at a backyard party (he works for Merrill Lynch, economics is his thing) and I came to understand it somewhat. Since then I have forgotten every single thing I picked up. Oh god, the stuff I don’t know or don’t remember about basic American history, world history, ugh.

Sigh. What are you going to do? I read this blog called 3 Quarks Daily. I don’t read every entry, I scroll through and read one here and there, but man. These people are not only members of the “go at it harder” club, but they are phenomenal retainers. Heavy sigh. Maybe I should just read the Times more thoroughly each day. Maybe keeping up with current events is the only recourse with my retension issues.

(The picture is of my friend Marianne, somewhere in Massachusetts, taking her dog Schlomo for a therapeutic swim. I find pictures of Marianne taking care of her dog incredibly touching.)

I’m Going To Be an Election Worker

An Afternoon at the Library

6 thoughts on “I Am Not Smarter Than a Fifth Grader”