I’m going to be one of the people reading names on 9/11 this year. I have to say something in response to recent talk about moving on. Even though I am honored to be reading names, I have a special connection to 9/11 and I don’t have a problem with the suggestion that it’s time to move on. The city should not shut down every year on 9/11. People of course should be able to observe the anniversary any way they want, and if people want to gather in a park and read names they should be able to do so.

I will be reading twelve names. My biggest fear was mispronouncing someone’s name, but the city is terribly organized. They sent me the names this week along with a CD of someone saying each name aloud. Since I knew beforehand whose names I’d be reciting I wanted to look up who they were.

Here they are, along with quotes I found from newspapers and websites. I just cut and paste whichever moved me for whatever reason. I don’t remember all the places I went to, but I believe I got the pictures from CNN, and many of the personal quotes from legacy.com.

There are two firefighters, two people who were on United Airlines Flight 175, and eight people who were at work in the Trade Center towers. Their ages go from 25 to 56 years old. 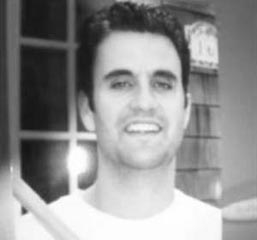 “After Sept. 11, his mother, JoAnne Kelly, was surprised to receive an envelope full of a 4-year-old Billy’s dark curls, from an early trip to the barber. She had given the envelope to a beloved neighbor, whom Mr. Kelly had nicknamed Pal, as a joke, and Pal had saved it for 26 years. Now Mrs. Kelly has something of her son left to treasure.” 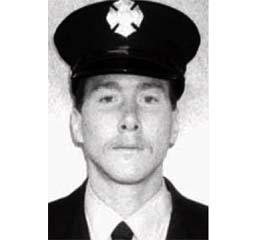 Thomas J. Kennedy, 36, firefighter, Ladder Company 101, Brooklyn. World Trade Center. “At 4 p.m. that day, Tom’s wife, Allison, called and said she’d heard her husband and his colleagues were safe. ‘We went to bed thinking everything was OK,’ Bill Kennedy said. ‘At about 12:30 a.m., we got a call saying the whole company was missing.'” His father, Bill Kennedy, was a retired NYC firefighter. 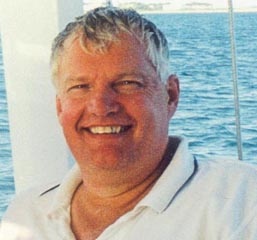 Ralph Francis Kershaw, 52, Marine Surveyor. UA Flight 175. “I think of Ralph almost every time I go out on my boat. As a young paperboy, Ralph was my boating mentor and helped me in more ways than he could have ever imagined. I’m sure I was a bit of a nuisance, but Ralph always found the time to give some advice, or help me get something at a price a 13 year-old could afford.

“I hope that I will continue to have the opportunity to return the favor to someone in the same spirit and manner that Ralph gave to me. A true life lesson of patience and kindness. Always grinning past the #4 buoy, John Elder (Hamilton, MA).”

Howard L. Kestenbaum, 56, Senior VP, Aon Corp. World Trade Center. “Lauren Kestenbaum had been on a bus bound for Manhattan when she saw the first plane hit. “My daddy is in that building,” said the New York City librarian as she and fellow passengers stared in horror from their bus, which was beginning its descent toward the Lincoln Tunnel toll plaza. A woman gave Lauren a cell phone and she called her mother but lost contact when the bus entered the tunnel.”

Ruth Ellen Ketler, 42, Dir. of Research, Fiduciary Trust International. World Trade Center. “Ruth E. Ketler once said she thought it was possible to be an executive who was liked and admired, instead of respected and feared.” “There were few things that have ever brought more joy to my life than making Ruth laugh. That laugh of hers, it came from somewhere deep within her – so deep it was almost like she was a little afraid of it, it filled up the room, and it touched your heart. A friend.” 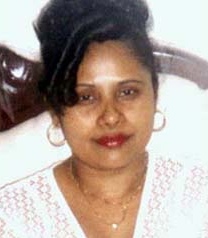 Sarah Kahn, 32, Food Service Handler, Forte Food Service. World Trade Center, Tower 1, 101st floor. “A cafeteria manager for Forte Food, which ran the Cantor Fitzgerald dining rooms, Mrs. Khan, 32, emigrated from Guyana in 1992, arriving in New York where her husband had settled two years earlier. They coordinated their schedules to maximize their time with the children; she worked early and got home when school let out; he went in a little later, after getting everyone ready for the day.” “I miss you so much mommy. It’s been so long since i’v seen you and felt your love, but it seems like juss yesterday you gave me a kiss goodnight.You will always be in my heart and i will never forget you. I love you mom. Annie.” 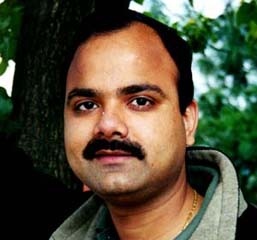 Rajesh Khandelwal, 33, Business Analyst, Marsh & Mclennan Cos. Inc. World Trade Center, Tower 1, 97th floor. “My son Rajesh was a gem in my family, he was born in candle light (as for few minutes whole city become in dark) Dr. Who was on duty comments that he will be light of your family and it become so….he who never fell sick was never in fear in any circumstance.he was the symbol of peace and and happiness, always telling every body not to worry.”

“In my life I never found for any punishment. He born like lord Krishna Astrologically also he was too similar to him, always stood 1st in order of merit for 10 years he was the leader of his school keeping flag in his hand whole school was proud of him. I still believe he may come any time as he comes in-to my dreams.”

“Rajesh was a boy of courage, studious, honest and hard working was loved by every man of my family friends and city. When I came on 18th Sept. 2001 and met to the persons – no body address him Mr Rajesh but only bhayya(brother) Rajesh that is what he earned and I am proud of him. God bless America. Ramesh.” 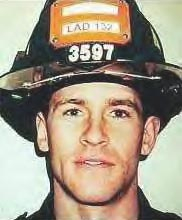 Michael Vernon Kiefer, 25, firefighter, Engine 280/Ladder 132 in Brooklyn. World Trade Center. “As a toddler, he and his father, Bud, would visit the firehouse in Franklin Square, N.Y., so that he could sit on the trucks.

“As a schoolboy, his impression of a siren was so convincing that he once caused a bus driver to pull over abruptly. And his sisters were often drilled on how to rescue their dolls from pretend fires in the backyard shed.” “In October of 2000, Michael was now in “Probie” school or as he put it – heaven. The following December he received the best birthday gift he could ever ask for when he attained his diploma and was now officially a FDNY fireman. His dream assignment came through when he was told to report to Engine 280/Ladder 132 in Brooklyn. Life was now “perfect” for Michael. He had found the other love of his life Jamie two years ago and was saving for a ring.” 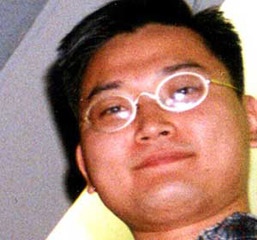 Andrew Jay-Hoon Kim, 26, Certified Financial Analyst, Fred Alger Management. World Trade Center, Tower 1, 93rd floor. “At Columbia University, where he studied engineering and finance, he developed his spiritual side, working with the Campus Crusade for Christ.” He’d only been working at Fred Alger two months. “Seated in the back row, Andrew Jay-Hoon Kim’s mother, Lee, wore a simple black-knit dress. A petite woman, she wore her dark hair pulled back and sat with a black pocketbook on her lap.As she listened, she bowed her head slightly. Sunshine streamed through the trees. She held a crimson red silk handkerchief up to her eyes and wept.”

“You were a man, ridiculed for his fervent faith, a man who would take out his checkbook if anyone was in need of money to pay the rent, a man who was the BYG praise leader. Andy was someone who was deeply missed in our adult and youth congregations, missed but not forgotten. You left your imprint on many lives, forever. God bless. Bruce Kim (Temecula, CA).” 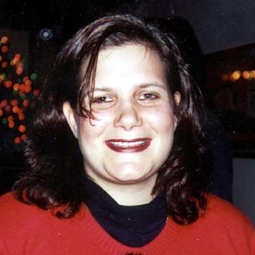 Mary Jo Kimelman, 34 Volume Control Clerk, Cantor Fitzgerald. World Trade Center. “Ms. Kimelman, 34, was always a taker when people had an extra ticket to concerts or sporting events. She often read poetry at clubs in Greenwich Village and ran up on stage when bands invited audience members to sing. About two years ago, Ms. Kimelman impressed her friends by belting out a Melissa Etheridge tune at a bar near Wall Street. “At the beginning she was a little nervous,” said her friend Carolynn Kutz. “But once she started going, she let it rip. The band helped her along and she shined.”

“Thank you mary for being so kind to my two cats when i carted ’em over to you and scotty’s apt many years ago. I fondly remember you tying a big red hristmas ribbon around my cat lucy, and wanting to use her as a christmas ornament. You are forever sweet. patricia schmidt (nyc, NY).” 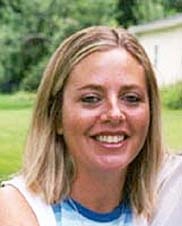 Amy R. King, 29, flight attendant, United Airlines. UA Flight 175. “She enjoyed running, painting and traveling. She was especially close to her longtime boyfriend, Michael Tarrou, who also died in the crash …” “I miss you Amy. I just wanna tell you that you must have known something about life very few people will ever understand. I can honestly say that I never once, from second grade on (that’s when I first moved into your neighborhood), remember you saying or doing anything negative. That’s pretty amazing Amy! I feel very lucky to have known you. You were an angel as long as I knew you and that’s how I will always remember you. I will try to live the rest of my life as you did…peacefully. Love, Aaron.” 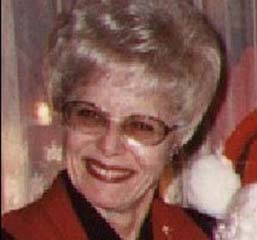 Lucille Teresa King, 50, Aon Corp. World Trade Center, Tower 2, 91st floor. “During baseball season, Lucille T. King always bet against the man she loved and put her money on the team she cherished. She took her beloved Yankees; her husband, Richard, went with whatever team was playing the role of hated opponent. The wager was always the same: 25 cents.”

On this 2-year anniversary, as I watched the children today reading all the names, with tears running down my face, I picture you sitting out in the Plaza, like you used to do lapping up the sunshine with your humorous self. I miss you Lu, Mary and I talk about you constantly. Believe it or not, we have both been baptised since 9/11, and trying to walk a straight line, that is to say, Mary is always falling off, I know you are laughing about this too (laugh). I hope your family draws strength from God to live thru this terrible loss. I hope, Lu, that you are snug in the arms of Jesus. Ta-Ta, my Friend, RIP until we meet again. Doris Leslie (Springfield Gardens, NY).”