Update: Deborah has totally correctly identified the bird as a red-winged blackbird.

I went to a friend’s house warming party in New Paltz and there was this great pond across the street where I saw the bird in the second shot, which I couldn’t identify, and this one, which is a heron, but the only reason I know that is because someone walked by and told me it was a heron. He stood so still that at first I thought he wasn’t real. I thought he was a statue that someone placed in the pond. (Really. I thought that.)

The second bird was black with an orange spot. Does anyone know what kind of bird he is? 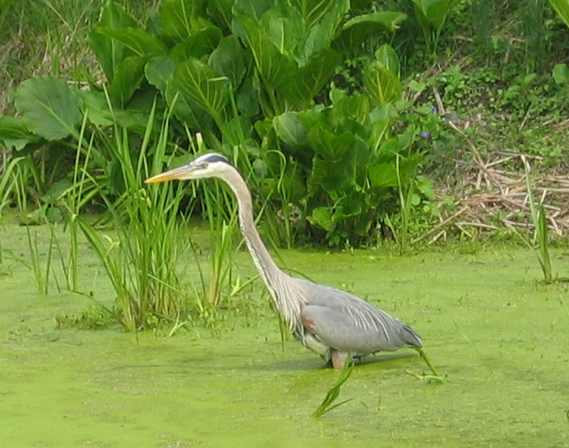 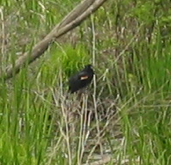 I Get to do a Wonderful Thing AGAIN!