This was the shot I was really going for, I love taking pictures of lots of shades of gray in color. But when I walked over to take the shot below a little guy came out to stop me. 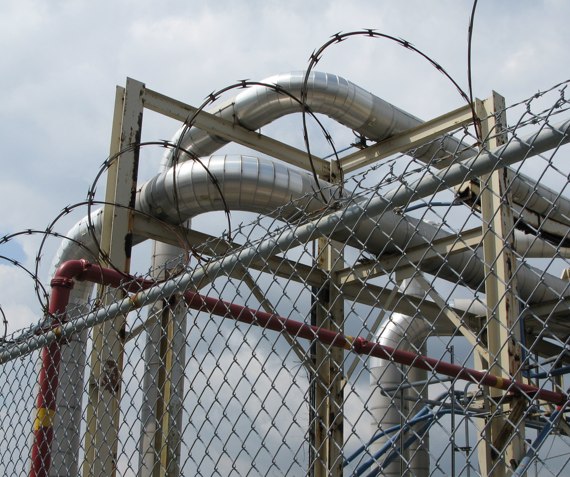 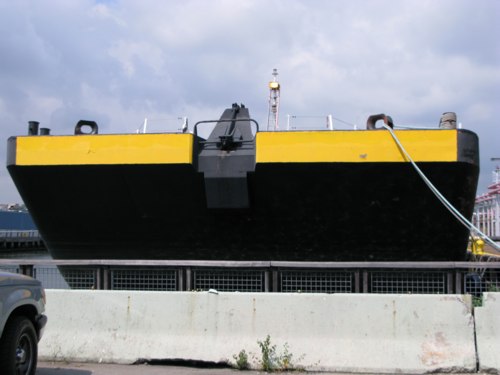 I wonder why?  What is it?  I was just drawn to the yellow, love yellow things now.

He was kind of an icky guy, but that could have been simply because he was trying to prevent me from doing something I wanted to do.  I was mad at myself later, because if I hadn’t reacted, and got all annoyed, and had instead made an attempt to be nice to the guy it probably would have been fine.  Or fine-er than it was.  But as it was he got on the phone to either the cops or his mob bosses to report me.  I laughed because it had the feel of running to mommy.  “I told her to stop taking pictures and she didn’t!” But it was a fake laugh, a forced laugh.

Here’s a pulled back shot of the whole structure I was photographing.  There was a Department of Sanitation sign.  I’m not sure what the problem was, and the photo-guard wouldn’t tell me, only that it was private property, which didn’t seem like it could be true, it looked like City property and that’s when I thought, “sanitation … mob …” 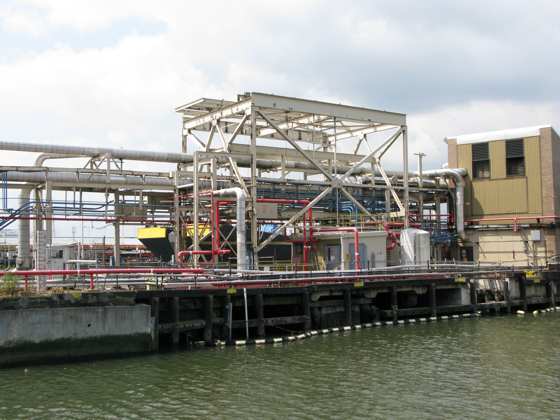 Halloween was a bad day this year.

While My Movie Downloads

More Reasons Why I am Not a Photojournalist