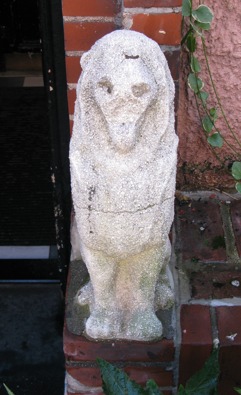 I remember watching a movie and one character warns another to do something because you always think you’ll have another chance, but sometimes you don’t. Sometimes this is it, your last chance. The Christmas before my mother died, I called her the next day to thank her for doing such a nice job because I thought, “You never know, maybe this will be the last Christmas you ever see her.” And it was. I had lunch with Aly Sujo a few weeks ago. We didn’t talk much.  It was with a bunch of people and he was on the other side of the table.  He seemed distracted and not entirely happy, and I didn’t ask him about it, not knowing I would never see him again. Our last meaningful conversation was when his dog died. He called me because he knew I got how ridiculously attached we are to our pets and could properly commiserate.

Last night the Green Day song with the lyric from the title of this post played on tv for a few seconds.  I asked myself if I was having the time of my life.  I could honestly answer that I was doing the best I could, even if my best really sucked a lot of the time.  I’m pretty much always trying, even though, again, being painfully honest, in some areas I’ve given up. But even in those areas, every day I try not to keep giving up.

I think Aly had the time of his life.  Even if his best sucked sometimes too, he was also always trying.  I know because every time we got together he would ask me how I did things that he found difficult.  He struggled.  So fearless and so fearful, too.  God, I think we could probably all sum up our lives with:  Things I was afraid of and things I was not afraid of.  So Aly was a complicated mix of strengths and flaws.  I’m pretty sure I’ve seen his worst.  But I think there is really no question that he had the time of his life.  He tried.  The stories I could tell!  But I’m keeping this post purposely vague because it feels like I should. But I admired how he tried.

I’ll bet a lot of people miss him.  I say this because one of my favorite things about Aly was, and it’s a completely selfish thing, but every second I was with him I felt really liked. And admired too, for all my best qualities.  And I felt compassion for my failings. And understood.  His feelings were just so present and it was a pleasure to feel that. As far as I could tell he was that way with all his friends, the ones I saw him with anyway.  I wonder what I gave him?

But I’ll bet a lot of people miss him.  He was so loving for someone who could such be a complete asshole at times (although for me those asshole times are in the distant past).

The picture is of one of the lions in front of Aly’s old apartment on West 11th Street.  I went in and out of that apartment I don’t know how many katrillion times during such a formative, roller coaster time of my life.  So many memories.  The lions are fading away.  All memories of Aly and everything that happened in there will fade away as everyone who knew him fades away. As I someday will fade away.  I have no words of wisdom really, except what we all already know. There is nothing more important than what you do now.  Are you having the time of your life now?  It might be your last chance. So far I’ve found it impossible to live with that kind of awareness always.  But I keep trying.

Day One of Holiday Cleaning Done