While I was out today I looked for that building on West Street, the one in the 1885 photograph I posted a week ago or so.  It turns out the one I thought it was is on Washington Street.  At first I thought it might still be the one, and that in 1885 Washington was the most western street and that the current West Street might was the newer one after landfill.  But then I thought about it some more and realized that didn’t make sense.  They wouldn’t have renamed the existing street from West to Washington and made the new one the new “West.”  Sure enough, I found an 1886 map and West and Washington existed then.

Most of all those old shipping docks are gone.  Some of them still existed when I first moved here, although the shipping companies and ships were long gone.  I was thinking I wished they were all still active shipping line, but I think when they were my neighborhood was seedy and depressing for the most part. 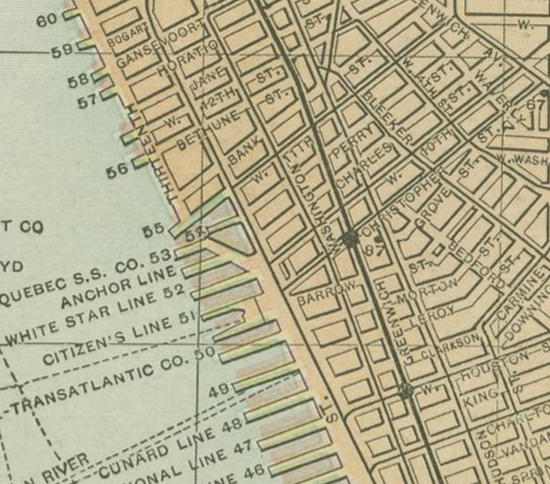 A Skier on Bleecker Street