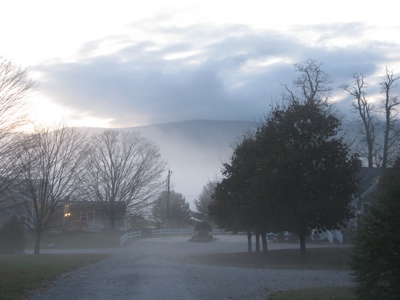 I was walking back from Aly’s memorial, when Tom Waits came up on my ipod singing Waltzing Matilda. Not only is this a particularly mournful version of an already sad song, for me Waltzing Matilda will forever be tied to the movie On The Beach, and the end, when you see, shot by shot, the end of everything, all our loves, all our joys, everything we know, over.  It’s hard to watch without sobbing. Hard the first time, at least.

So I was on 8th Avenue and 14th Street and all of a sudden shot after shot of Aly went through my head, the end of Aly laughing, the end of Aly playing with Sophie, the end of Aly being Kim’s and so many other people’s best friend, no more Elephant & Castle, no more music, I could see the look in his face, a thousand looks really, I could hear him saying my name, his manic energy, and then all the people I saw at the memorial just flashed in my head, and the things they told me about their experiences with Aly. Story after story.  I could see them easily even if I hadn’t been there.  Aly was so present it’s easy to see him in your head.  All of that is over now.  Aly is over now. Done. All of this with Tom Waits sing Waltzing Matilda in my head.

So that’s it.  Aly’s light has gone out, his special, wonderful, insane light.  And we’ll all be right behind him.  Everything ends.  I’m sorry he is dead.  I will miss him.  Who else is there like Aly?? I’ll try to live better before I die. I don’t know what else to do with it.  Try to be as good with a few people as Aly was with many?  For some reason I found the story of Aly checking a friend’s new baby out of the hospital especially poignant.  I was actually distracted from asking questions to get the whole story, but sometimes he just knew the absolute right thing to do, and he was so good with kids.

I took the picture above at around 7am in Vermont this morning.  I’ll post about that tomorrow. It will be a happier post.

Cats Near and Far

So many things to be scared of, so little time.

2 thoughts on “I felt despair, I must admit.”