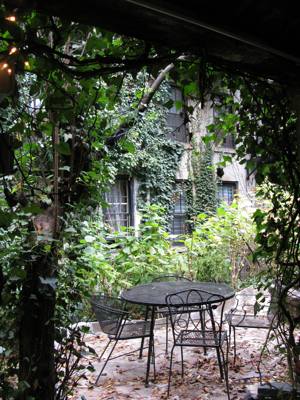 It’s all in my previous post.  I remembered the apartment number wrong and that open house wasn’t in the building where I used to live, but two blocks west.  There were a lot of remarkable similarities though.

I went to the open house anyway, and the broker was very nice.  He let me go through the photo albums of the woman who used to live in the apartment.  She’d been there since 1944 and her family didn’t want most of her personal items. Sad.  I was telling him that I love to go through forgotten, unwanted things like that and so he kindly found a ladder and pulled down a few albums for me. He even said I could come back on another day, when they weren’t having an open house.  Ah.  I love gracious people.

That’s going to be me someday though, leaving unwanted photo albums behind.  I was just thinking this the other day, about all my photographs.  I’ve got a few boxes of unorganized photographs that I was going to go through and put the good ones into photo albums.  Then I thought, who is going to care about all it when I’m gone?  Not that they should, but it is a little heart-breaking.

Here’s a shot of the studio.  The one bedroom was nicer, but I didn’t take a shot of that one. This studio was VERY tiny, needs work, but had a nice feel, and looks out on the garden.  The only downside to that would be the noise and lack of privacy whenever anyone has a garden party. 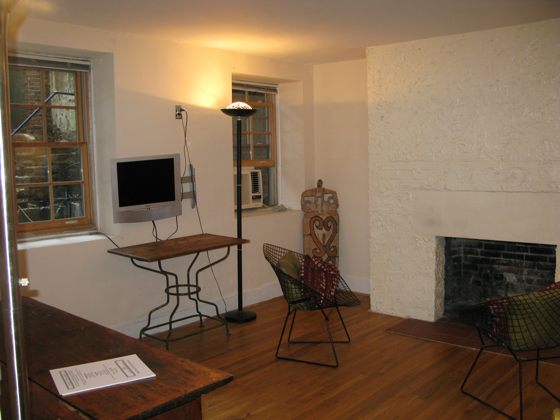 The Cats Spy a Target