Except I can’t quite enjoy it. I have to go back and re-write this book proposal, and it isn’t even really fair to call it a proposal yet it’s so unfinished, and I’ve been so unable to get any traction on it. This is not like me. Hmmm.

For the last two books my job has been clear, tell the story of the NYPD’s Cold Case Squad, tell the story of the Duke Parapsychology Lab. I still had to figure how to do that, but the goal was as simple as it gets. This is a book about singing with the Grace Church Choral Society, but not really. It’s like Waiting for My Cats to Die was not really about my cats.

Right now I’ve been telling myself you only have to write an hour a day. It’s an insanely small amount of time.

In the meantime, this is a picture of a tree on WeeHawken Street. It’s a tiny street off Christopher, right before you get to the river. It’s kind of dismal place, and at the same time, old, haunting and beautiful. It has that back in time feel that I love, like sailors might live here, or spice merchants, and horses are kept in the stables, and people are getting drunk on beer and too many oysters in a real oyster bar, and doesn’t this tree literally look like a tree in a dream? God, I think that might officially be the most beautiful tree in Manhattan.

UPDATE: I thought people might appreciate a pulled back view, so scroll down to see this tree in context. 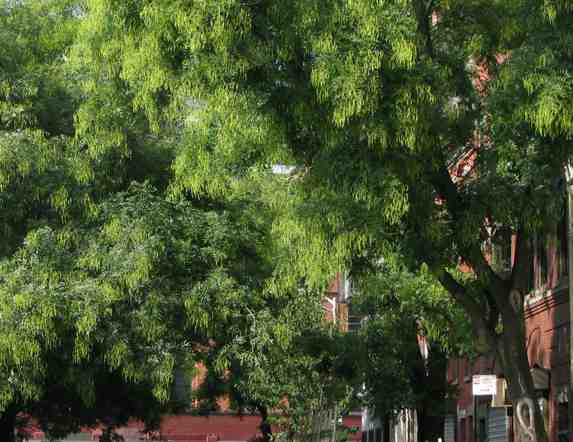 The street is better than it looks in this photo though, some of the buildings down this street have that from-the-past appeal I was describing. I should go back and try to capture it. 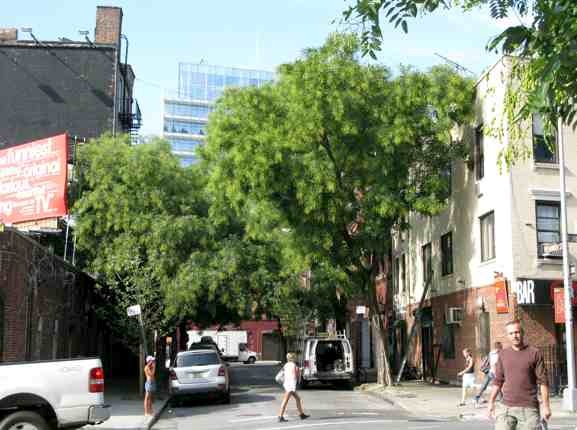 Dogs Who Walked Past Me Today

2 thoughts on “It’s a Holiday Weekend”