I passed by this plaque on 10th Street the other day. In case anyone has trouble reading it, it says: In memory of Leonard E. Seelig, 1930 – 1971, Tenth Street Residents Against the War in Vietnam.

I thought he must have died in the war, but I couldn’t find his name on any of the lists of the dead. Then, given who had installed the plaque I thought perhaps he died in a protest against the war or something?

I went to the library. According to a New York Times piece, on October 3rd “he was killed instantly when the car driven by his wife, Helen Lewis Seelig, went out of control and turned over.” His wife was not seriously injured. So it turns out that he was a labor organizer most of his life. I found another article from 1954, where he was arrested for participating in a sit-in demonstration at the New York Office of South Africa’s Permanent Mission to the United Nations to protest that government’s arrest of 4,000 anti-apartheid protesters.

It looks like the story was he was a good man who tried to do good things and he was much loved by his neighbors. He had three sons too, David, Gustave and Frederick. 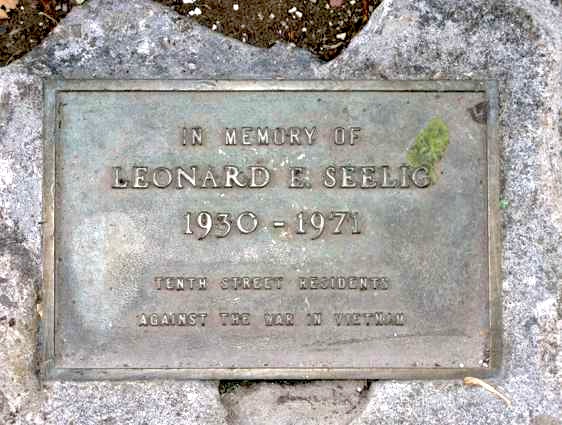 U.S. Airways Flight 1549 Pilots and Crew – You Are Freaking AMAZING!

I’m sorry, rest of the world.