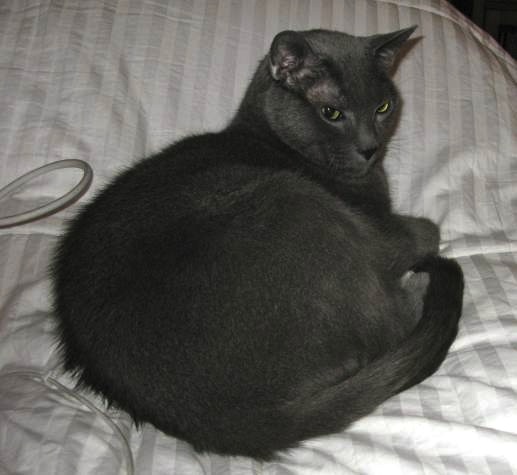 5:30-ish: My couch really is red too, we just happen to be currently lazing about on top of a nice big, fluffy white comforter. Buddy, who used to be so camera-shy, is now completely at ease with the camera. He’s so photogenic, too.

Finney isn’t here at the moment because the spot he chose was on top of the keyboard, and that wasn’t working for me, hello, typing here.

I’ve got the E! pre-show turned on, but it’s still way too early. For the past half an hour they’ve been talking about what people wore last year. No stars have arrived yet, apparently.

I’ve got a bunch of reading to do, so I’ll be back when something actually happens.

7:00-ish: I’ve been remiss, I know.  Cliff notes:  All the Glee girls own the red carpet, each of them looks just beautiful, I love all their dresses, and January Jones, va-va-va-voom.  That’s it so far, haven’t really been watching.  Oh! Scarlet Johansson’s hair looks like the Bride of Frankenstein.