I either swam 36 or 42 laps today! (I’m not going to calculate olympic-sized laps anymore.) I can’t believe I lose count when it’s so important to me, but I do. Also, I started out on Tuesday having to rest after every lap, then I had to rest after two, and today I could swim 6 without resting.

I bought goggles yesterday, which I’ve never worn before in my life, but my eyes were so red from the chlorine. Unfortunately the goggles left these terrible marks around my eyes which make me look 100 years old. I googled it and learned that for some people my age they don’t go away! I’m going to try a mask instead, but I may go back to wearing nothing. I’m used to it. Plus I just read that the chlorine and redness is harmless to the eyes. I loved the goggles though, you can see much better.

Some pictures from our choir benefit last night. This is Robert Gardner, a baritone. I’ve gushed about him here before. He’s one of the best and handsomest baritones in the city. He disappeared for a while and I just learned that’s because he’s been living, singing, and conducting a choral society in Colorado. He just moved back. 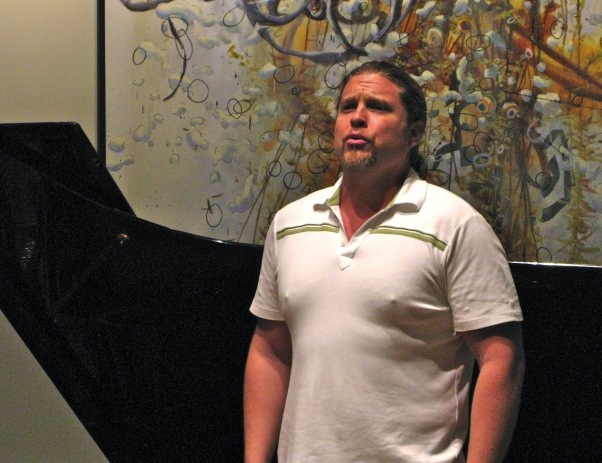 An audience shot. It looks like it was all-female, but the men were standing all along the sides. 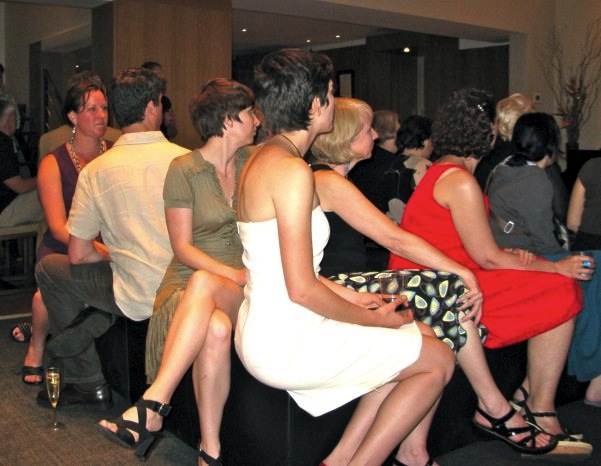 That is Tony Bellomy, our associate conductor, on the left. He played the piano for the recital. 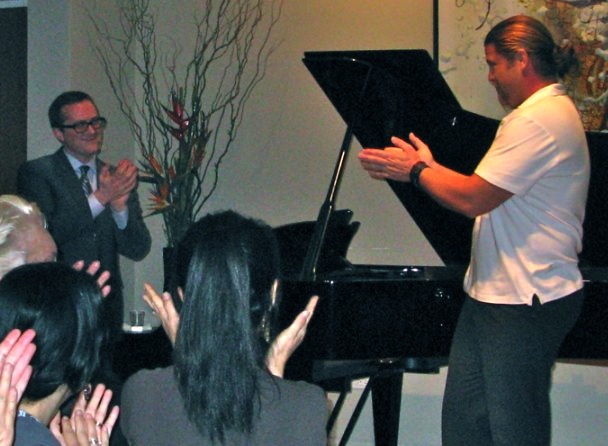 Loehmans is Closing, Barneys is Returning

Me and this dog, love at first sight.