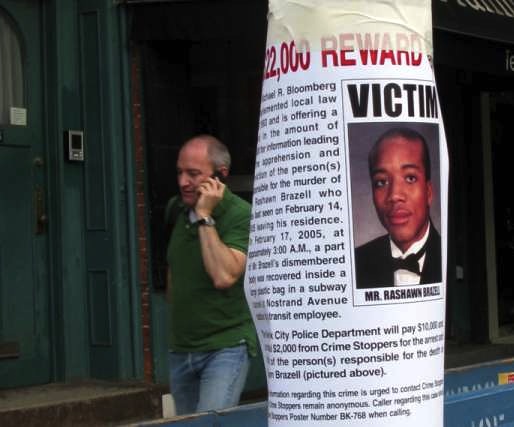 On the day after the gay marriage bill passed, I was walking around intending to take pictures to reflect the mood of the city, and I posted the video of the Dyke March.

But the first picture I took was this one, at Christopher and Hudson.  It’s a poster asking for information for the 2005 murder of 19 year old Rashawn Brazell. It was sad to see it on such a happy day, knowing that someone’s son wasn’t here to celebrate it with us.

I also wondered if there was some sort of gay angle to the story.   The poster showing up all of a sudden, on this day seemed like it might be more a coincidence.

Then I went to the Stonewall Inn and there was his picture again, directly across the street. You can read his story here. Yeah, he was gay. The wikipedia entry says the case didn’t get a lot of attention because the boy was black and working class and gay. I can’t answer to that, but the reward posters are a bad sign. They generally mean the detectives have followed every lead they had and they’re at a dead end. 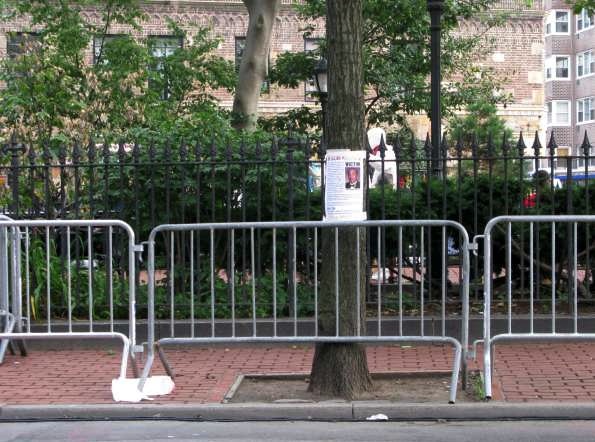