I’m sure many of you have already heard about this book Sybil Exposed, which is said to challenge what must be the most famous Multiple Personality Disorder (MPD) case: Sybil.

Last week, the author of the book and a few scientists were guests on the show Science Friday. I wish you would all go listen to it here, because one of the scientists was such a jerk, and in such an unnecessary way. I came across this so many times while working on the Duke book. Just make your point. If it’s a valid one, why the need for all the nastiness piled on top? Also, the author of another Sybil book calls in and by the end of his phone call they were all just laughing at him, which was unkind, but if you listen I think you’ll see how it came to that.

Police walking by Grace Church last Saturday, at the end of the anti-police brutality protest. I was singing there just before the march started. 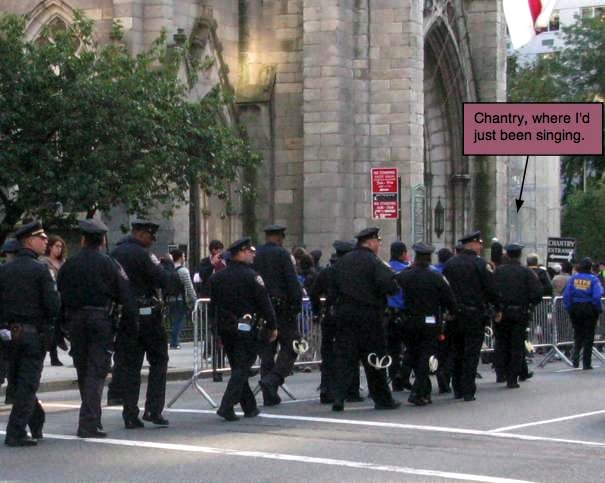