My neighbohood and others were bustling with OWS activity last night. I was curled up on the couch with the cats, happily watching America’s Next Top Model, but for the longest time the sky was filled with helicopters and I finally had to get up and see why. Turns out the OWS protestors were on the move, and apparently they were snaking through a lot of neighborhoods, including mine.

I have to say, I had fun following everything via twitter, live ustreams, and both watching the helicopters and the helicopter’s live streams at the same time. Oh, and a website link to the police radio broadcasts.

Here’s a shot looking towards Times Square from the Church of Saint Mary the Virgin, where my choir will be performing in December. 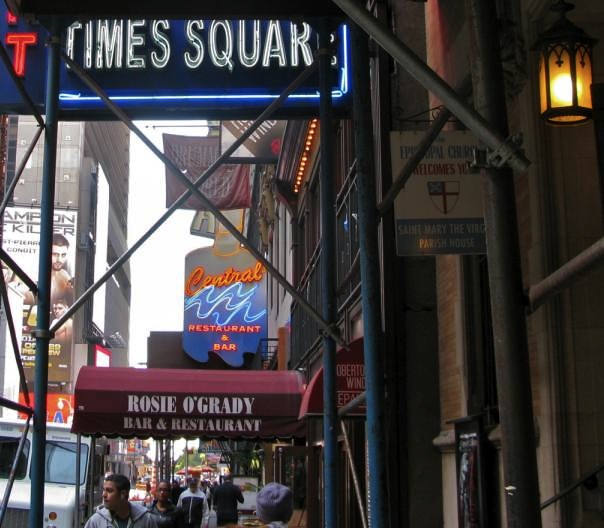 Me and the Boys Watch the Oscars