I only just realized that this year is the 100 year anniversary of the sinking of the Titanic. You’d think you’d be hearing a lot about the Titanic and that there’d be tons of events to commemorate the date. I googled it and found almost nothing. There’s a memorial cruise, the National Geographic Museum in Washington is planning an exhibit, they’re releasing the movie Titanic in 3D. Oh! Julian Fellowes (Downton Abbey) is doing a miniseries. That could be good.

I went downtown to the site of the former White Star offices, where the crowds went to learn news of the ship and the survivors. Their offices were at 9 Broadway, which is at the bottom of Broadway, and of New York. It’s very narrow there so I couldn’t get back far enough to get the shot I wanted. It was driving me crazy.

9 Broadway is the one with all the flags out front. I think this might have been the building I was considering as the home for Echo in the 1990’s. I wish I had this thing called … what is it called again? Oh, right. A memory. 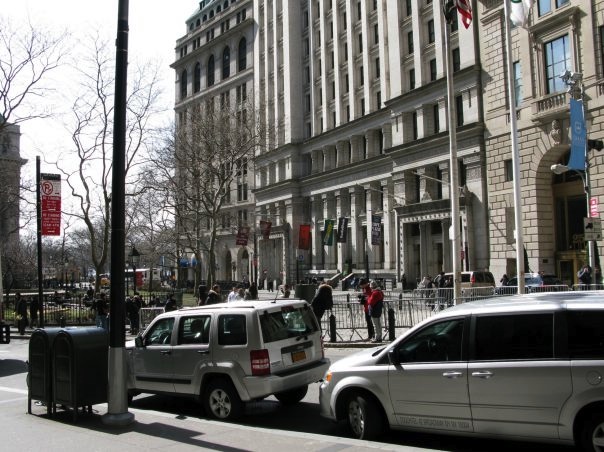 I took this shot from the other side of the park pictured above. 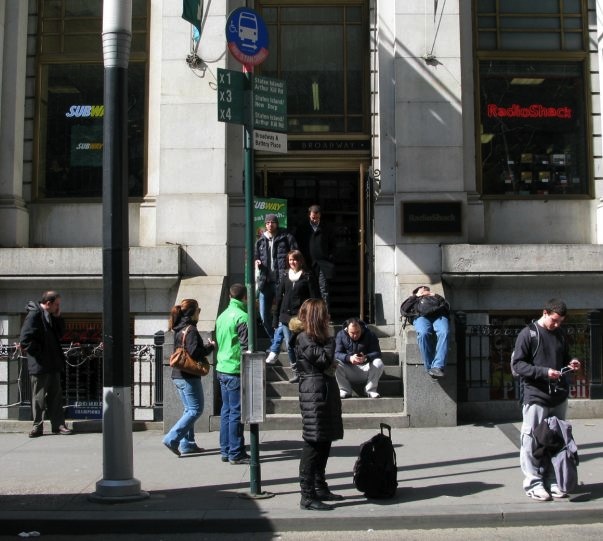 How could I have missed this all these years?