Probably not until the fall. Last month I tried to walk up the east side along the East River, but it’s not like the west side. There are sections where you just can’t walk along the river, and you have to keep taking detours and coming back. I stopped at 57th Street and I keep meaning to go back and pick up where I left off.

A blog to explore: Quigley’s Cabinet. From her bio. “Chris Quigley has been reviewing morbid books since receiving an MA in 2007 from Georgetown University, where she has worked since 1986. As of June 2009, she is on long-term disability leave. She delivered the keynote address at the first Museum of Funeral Customs symposium (Springfield, Illinois), consulted with the producers of the National Geographic Channel’s Mummy Road Show, and authored 6 morbid books of her own – Death Dictionary, The Corpse, Modern Mummies, Skulls and Skeletons, Conjoined Twins, and Dissection on Display – all published by McFarland & Co.”

The Empire State Building from the east side. I’m mad that the red sign is so soft and blurry. Oh well. 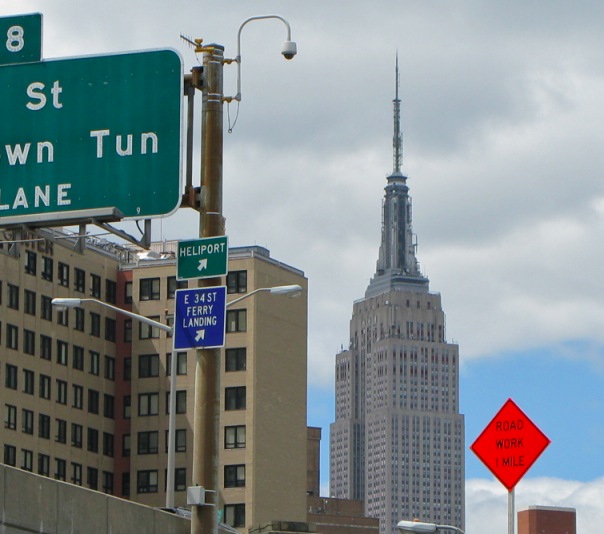 The Morning After Mozart