Storms Threaten Ozone Layer Over U.S., Study Says. From the article: “Strong summer thunderstorms that pump water high into the upper atmosphere pose a threat to the protective ozone layer over the United States, researchers said on Thursday, drawing one of the first links between climate change and ozone loss over populated areas.”

I was on the roof last night talking with some of my neighbors and we were saying how some of the storms lately have been downright scary. But they are beautiful and magnificent. So as we’re dying we’ll be going, “Wow, look at that!” 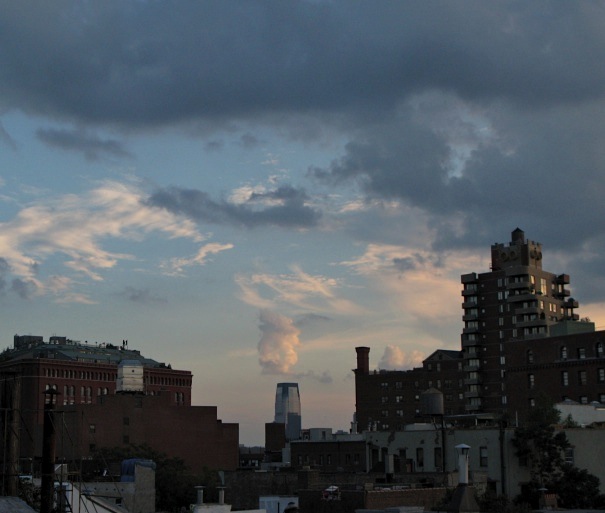 Pictures of Animals Being Tested On, or Abused

They’re on the way!

Do you think Laurie Anderson spray painted that?