I’m not terribly political, but right now I am appalled at our country. It is to our shame that we did not vote to upgrade Palestine to a nonmember observer state of the United Nations. It was the right thing to do and we failed. If we want peace between the two states, we have to recognize that Palestine is a state. How can negotiations ever be fair if both sides don’t have the same rights and privileges? And Hamas has to do the same about Israel. Yes, it sucked about how it all came about, but that genie is never going back into that bottle. Transcend and help make the world a better place.

I also just read this in the Times, “In response to the Palestinian bid, a bipartisan group of senators said Thursday that they would introduce legislation that would cut off foreign aid to the authority if it tried to use the International Criminal Court against Israel …” I don’t understand. If they have a valid case (or cases) to bring, why shouldn’t they have their day in court? Is the International Criminal Court a bad thing or something? I honestly don’t know a lot about it.

I took this at our dress rehearsal last night. If only we could form a chorale and orchestra from Israel and Palestine. 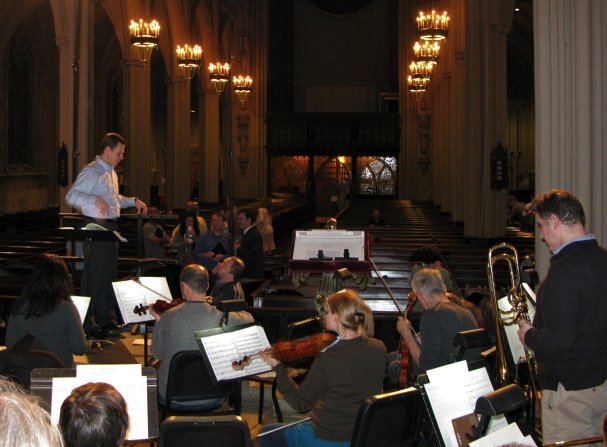 The Misplaced Admiration of James Randi

Dancing With Where the Hell is Matt?

Buddy Noro, or, When People Could Still Disappear

3 thoughts on “We are on the wrong side of history re: Palestine”