There was almost nothing on TV last night. So many shows are on hiatus or about to go on hiatus, and I just didn’t feel like reading and that got me thinking. TV programmers could be a lot more creative about how they use this airtime. They could air pilots that weren’t bad, but that no one picked up for one reason or another, like they didn’t think enough men 18-30 would watch them or something.

Actually, why don’t they air the best of all the pilots they’ve seen but didn’t pick up and let the audience vote to include one! They could give it a limited run, just to see, maybe four to six episodes. Other things they could air during this period: experimental tv (search YouTube and find the emerging artists), student tv, they could ask filmmakers or television producers for their favorite failures, something they tried but didn’t quite hit the mark for them, and then they could talk about why and what they’d do or did differently.

They could air better nostalgia tv. I say “better nostalgia tv” because I know there are channels airing old tv, but I mean something more curated, like the best episodes of the most forgotten shows, or the best Ed Sullivan or Johnny Carson shows, etc. Oh god, I just had a daydream where I was paid to go to the The Paley Center for Media (formerly the much better named Museum of Television & Radio) to unearth forgotten treasures. They could even do something like my previous post, the best Christmas episodes.

A weird model shoot on the corner of Hudson and Canal. I say weird because it was raining a little, and everyone but the model was huddled under individual plastic sheets like some sort of stealth film crew. It also wasn’t obvious just what the model is supposed to be selling. Nice light though. 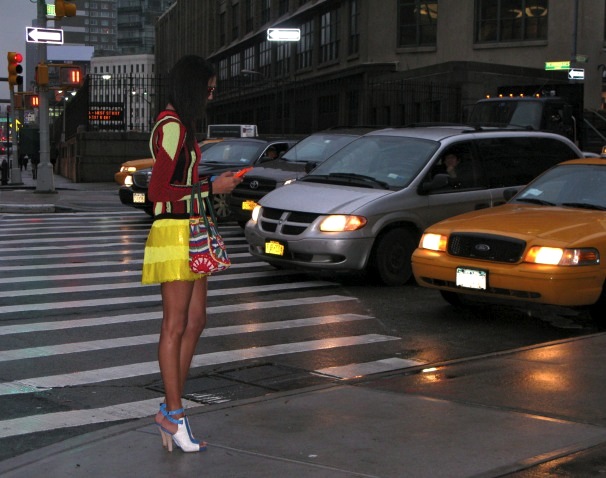 When Wanderers Cease to Roam

4 thoughts on “TV and Reruns and Couldn’t They Do Something Better with that Airtime?”