I’m enjoying the new AT&T “It’s not Complicated” commercials. I would love to think that the boy who suggested “tape a cheetah to her back?” in one of them came up with that on the fly. It’s just such a perfect kid-type solution to a problem.

But there’s a moment that makes me cringe in the one that asks “What’s better, doing two things at once or just one?” While a boy demonstrates waving his arms and shaking his head at the same time, the girl next to him tries to show the adult in the commercial something she can do. The guy immediately shuts her down and you can see the hurt in her face and body language. She quickly recovers her composure and turns her attention to the boy and smiles graciously. My heart just goes out for her. You can see the moment here.

It also pains me to see this—and I’m not saying this is what is happening here, although it could be—because it reminds me of my entire childhood, when I was continually shut down, practically on a daily basis, because whatever the boys where saying and doing was more important. (I grew up mostly in the 60’s.) Boys were called on more in class, encouraged to do more things, try more things, and so on. If people thought we were too young to be aware of the routine slights and discrimination they were wrong, just as you can see the flicker of pain in this girl’s response.

And yet more proof I am a wuss—I saw these spikey things on this building and at first I thought it was to prevent people from breaking in, but then I realized it was to stop pigeons from sitting there. I can appreciate wanting to keep the front of the building clean, but I just felt sorry for the pigeons, the underdog bird of the bird kingdom. Wait a minute. Queendom. (Once a feminist, always a feminist.) 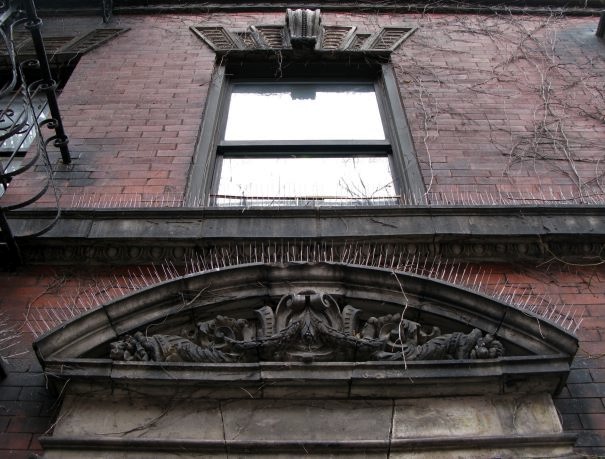 The chihuahuas are here!!