I don’t want to say where, because I don’t want to embarrass anyone, but the other day I needed to pay for 29 things that cost 25 cents each. The person who was there to take my money didn’t have a calculator and she didn’t know how to multiply those numbers manually. I did it for her.

I was thinking about how terrible I am at math (except for the simplest calculations, like the one above). I wasn’t always, but at a certain point in my mathematical education my mind shut down and it’s not even a matter of making mistakes, my brain won’t even try. It’s hard to describe, but if I attempt to concentrate my brain starts acting like a little kid holding its breath until it turns blue. It will not make any effort. It’s got to be psychological. My best guess was I had a math teach one year who loved to humiliate me. Mr. McGrath. He was a jackass. He’s probably dead now. Serves him right. Except I’ll be dead one of these days too. So.

I love the cacophony of these signs. Usually I think I like a more ordered look, but when I see it in practice, like the town of Sag Harbor on Long Island, where every storefront is absolutely coordinated, I find it appalling. Bring on the chaos. Like my mind in rebellion against numbers. (Except I really wish my mind wouldn’t do that.) 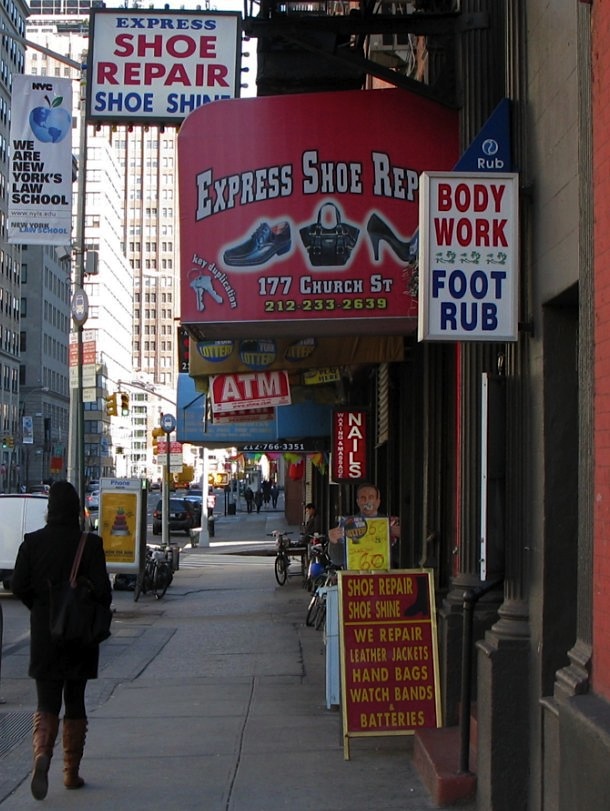 I Can’t Smile, But I Can Sing