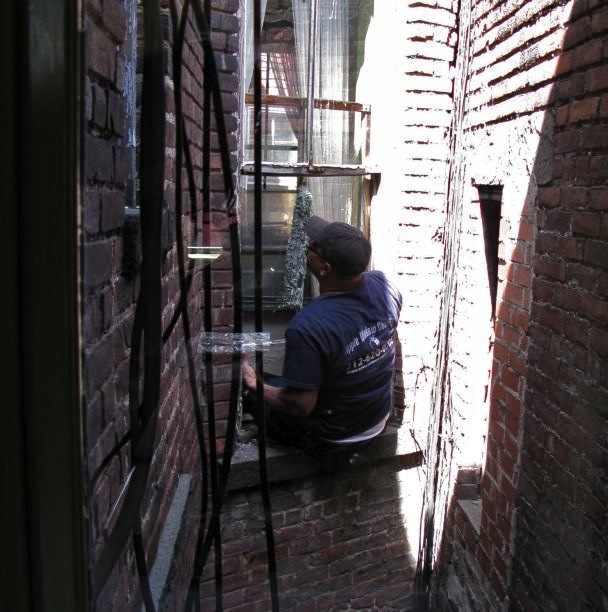 The color is fine. I don’t love it, but it’s fine. I think my life is going to be one long quest of trying to get just the right yellow and always failing. I realized the darker yellow, which I never liked, worked well because it was intense. This color is too mild. Also, the yellow matches the yellow in the carpet, which gives an overall effect of too much yellow. But since there’s nothing to be done about that now I’m going to try to stop noticing. I think a dark green ceiling might fix both problems, but unless someone volunteers to do that for me, that’s not happening. The landlord certainly isn’t about to send his guys back out because I decided I’m not happy with the color of the ceiling.

None of the pictures I took quite captures it, but the yellow in the section to the left in this photograph is close. But it’s lighter and milder than this picture indicates. The section on the right has nothing to do with reality. Another view follows. 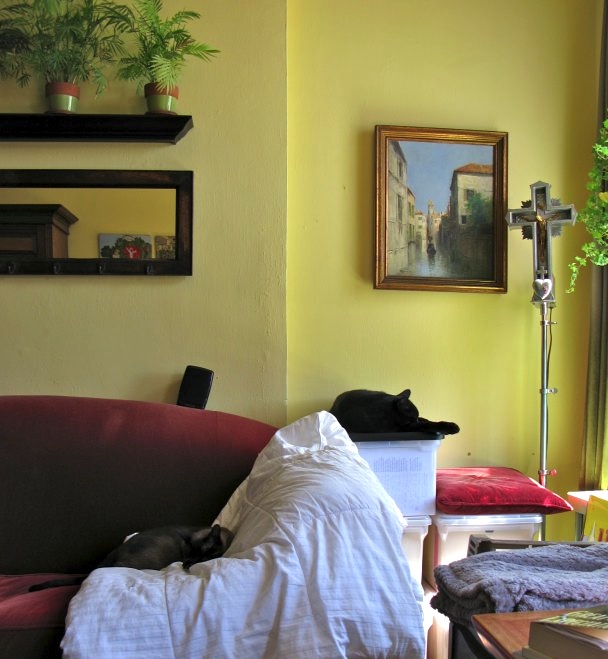 Oh. In this shot it looks like it’s the same color it was before! But it’s a lighter and happier color now, so I’m glad about that. In the end, the place looks fresh and clean, and no longer dreary, so I’m happy. Mostly. FYI: the colors are Benjamin Moore Golden Honey, with Misted Fern on the trim and windows. 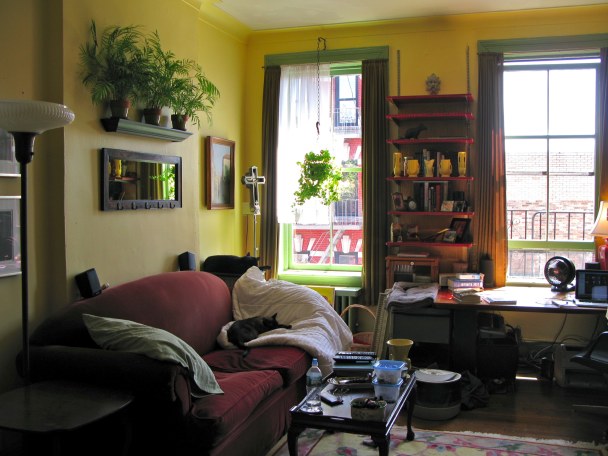 The Alienist and The Slide and Blackwell’s Lunatic Asylum

Bean has been found!!