Bunheads: Apparently this show is still in limbo, and there is no news about whether or not it’s coming back. Way to torture me, ABC Family. Well, two can play this game. Until you renew this show, I’m not speaking to you. See how long you last.

Warehouse 13: I may have already posted about this, but Warehouse 13 has been cancelled, although it will have a final season, so at least we’ll have closure. My thoughts on this: I’m going to stop falling in love with tv characters.

So You Think You Can Dance: This show has gotten even better. I love that they’ve eliminated the remaining negative bits almost entirely. I certainly don’t mind conflict, but I’m not interested in seeing bad or insane dancers and I especially don’t want to see them made fun of even if they kinda deserve it. So I love the focus on the positive in this show, and the great dancing and GOOD GOD the dancing in the auditions has been mind-blowing.

Mad Men: The other morning, out of the blue, I watched a couple of episodes of Mad Men. I haven’t been watching this show because the 1st episode gave me a PTSD attack. It was too good, essentially. It so well captured the worst of a period of time I caught the tail end of, and I guess I’m still traumatized by it. But those few episodes I watched? Oh dear. How many years has this been on?

I tweeted this picture the other day, it’s of my new kitten Bleeck who is a complete and total SLUT, as you can see. 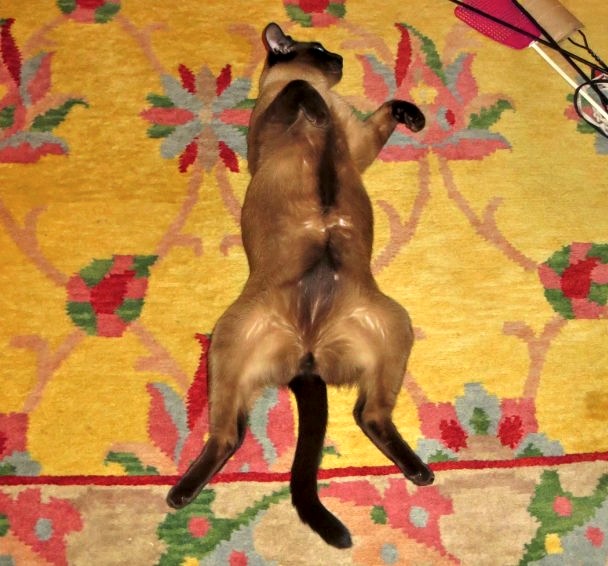