They’ve changed the evacuation zones in New York City! I went from a Zone 3 (formerly Zone C) to a Zone 5. Technically, I should be feeling two zones safer. They’ve deemed my building that much less likely to be flooded or blown away or destroyed in some way. But I’m only two blocks over from Zone 1. Two measly blocks and there are four evacuation zones between us?

It reminds me of that Ellen Degeneres routine about flight attendants telling you to return your seat to the upright position for landing, because it’s safer. And Ellen leans back a few inches and says, “live.” Then she comes back up and says, “die.” Me: live. People who live two blocks away: die. That’s right, suck it, Washington Street.

You can look up the new zone for your own building here.

I just went up and took a shot from my roof, showing the distance. It’s a lovely morning in NYC, as you can see. That small patch of blue above the trees is the Hudson River. A closer look follows. 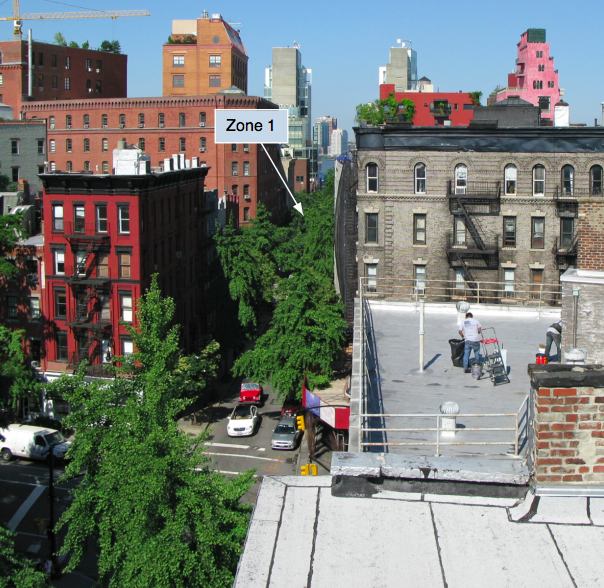 That’s the body of water that’s going to get the people up to Washington Street, but spare me. 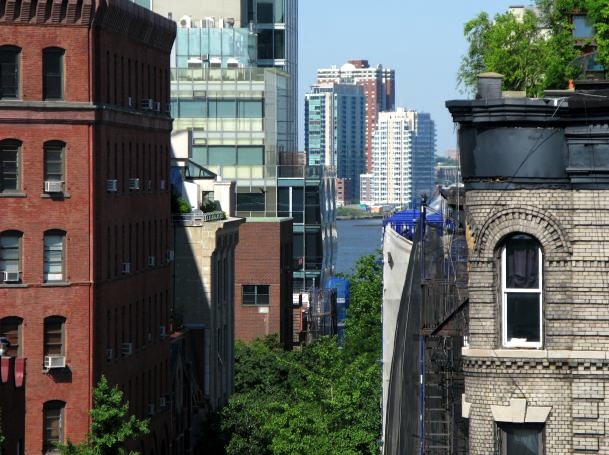