I may have posted about this before, but some of my friends on Facebook regularly post pictures of animals being abused or tested on, and I applaud their intentions, which are honorable, but it makes Facebook almost unvisitable for me.

I think what they’re doing is important so I don’t want them to stop, but I can’t bear it. It upsets me so much. A picture I saw yesterday of this poor monkey tore me up so much I looked around for a way to join the crusade, but I quickly realized I would fall apart in the field. I will have to help in other ways, like drawing attention to the National Anti-Vivisection Society (NAVS) and giving them money.

I pointed my camera up at a roof with a storm in the distance. It almost looks a bit tornado-ish, doesn’t it? Dorothy! 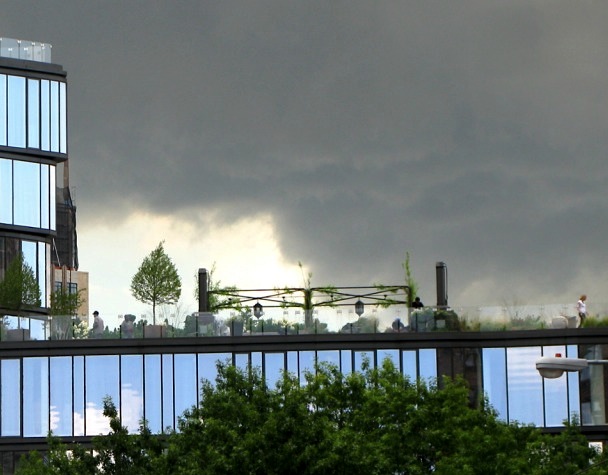 I’m Going to Be Scarce This Weekend