I’ve got this collection of quotes about amateur singing. I sprinkled some of my favorites throughout the book but I couldn’t use them all, alas. Here is one that didn’t make the cut.

It was written by Richard Aldrich, the music critic for the New York Times way back when, and it was published in the paper on September 27, 1903. The title of the article it appeared in was, The Worcester Music Festival; A Critical Period in the History of an American Musical Association.

“There are not many influences more fruitful in results, more potent in diffusing a love and appreciation of music than the widespread practice of choral singing by amateur choristers …”

While I agree with every word, it doesn’t communicate the bliss, the sheer ecstasy felt when singing some of the masterpieces we’re called on to sing in choir.

When you sing a piece of choral music you fall in love with it in a way that doesn’t quite happen when you listen to it. You can get there at The Cloisters and the audio installation, The Forty Part Motet, though. I still think singing takes it all up a notch, but this is pretty freaking great. 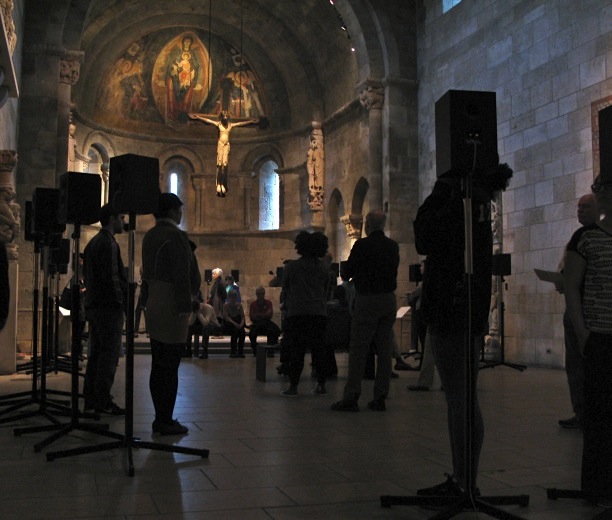 The New TV Season is Here!